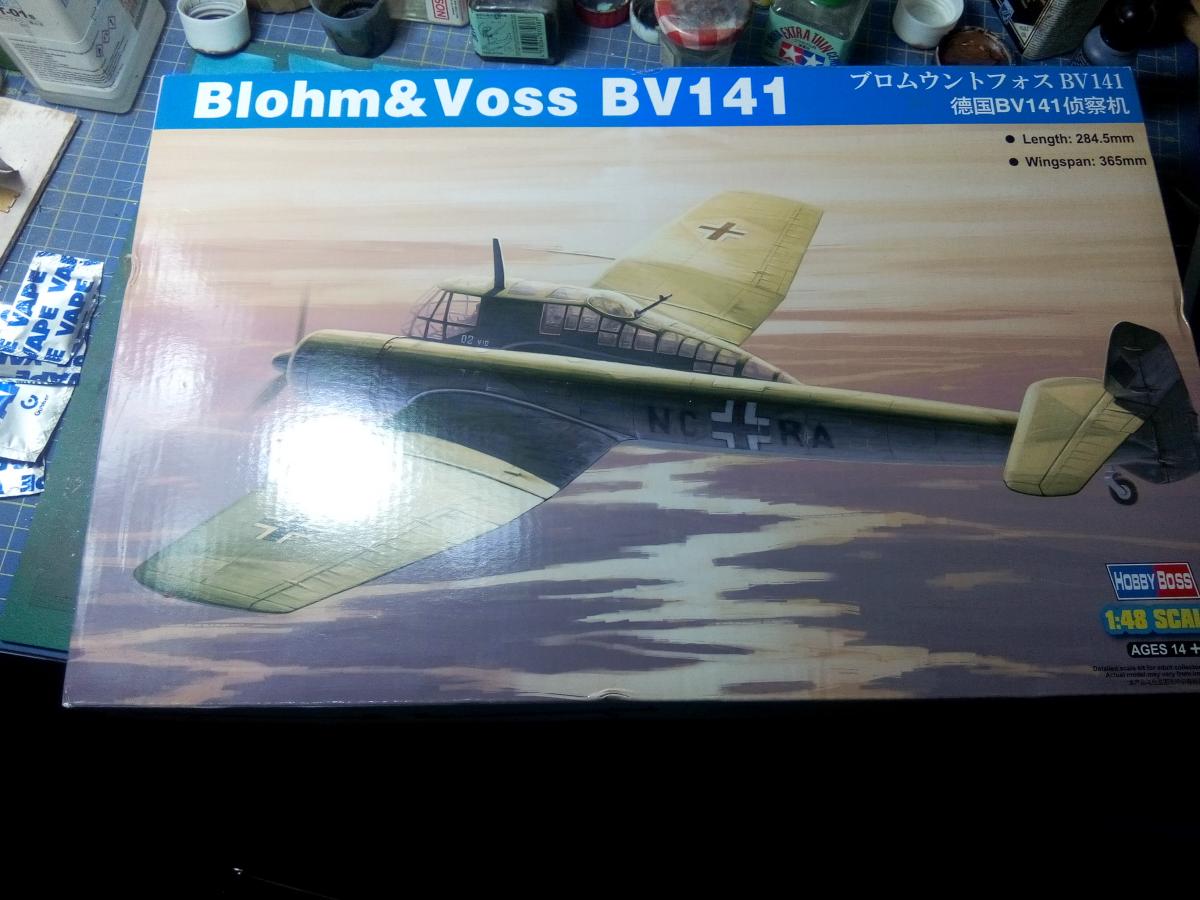 I always loved the unusual planes that came out from the imagination of the German designers during WWII. So when HobbyBoss released the kit of the Blohm & Voss BV141, I could not resist and I bought it on E-bay.

For more infos about the subject, Wikipedia comes in help: "The Blohm & Voss BV 141 was a World War II German tactical reconnaissance aircraft. It is notable for its uncommon structural asymmetry. Although the Blohm & Voss BV 141 performed well, it was never ordered into full-scale production, for reasons that included the unavailability of the preferred engine and competition from another tactical reconnaissance aircraft, the Focke-Wulf Fw 189."

I have no idea about the accuracy of the kit, because i am not a river counter, but it is lovely detailed and it fits like a glove. I didn't find any issues anywhere during the assembly: I was a little worried about the big transparent canopy, but its fit was just amazing. Only, it took some good time and patience to be masked. 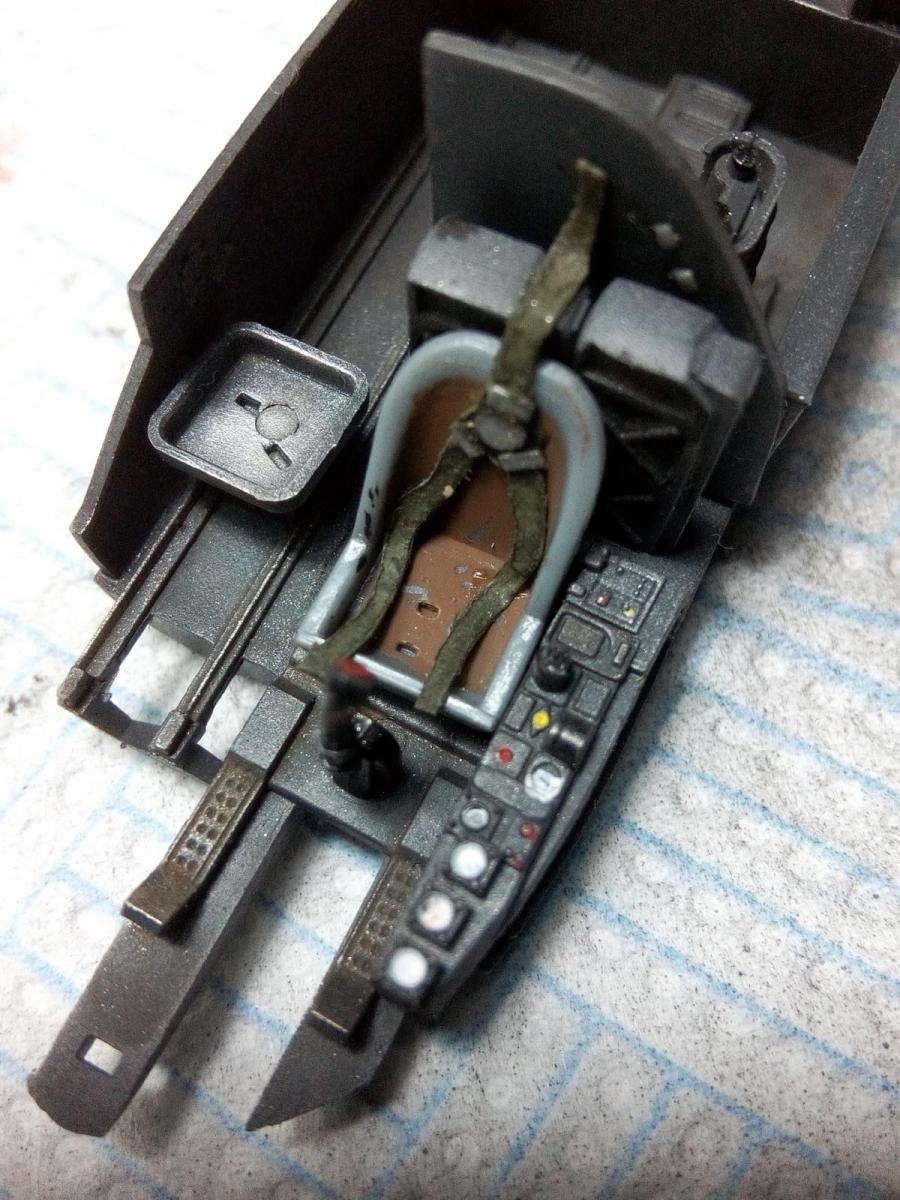 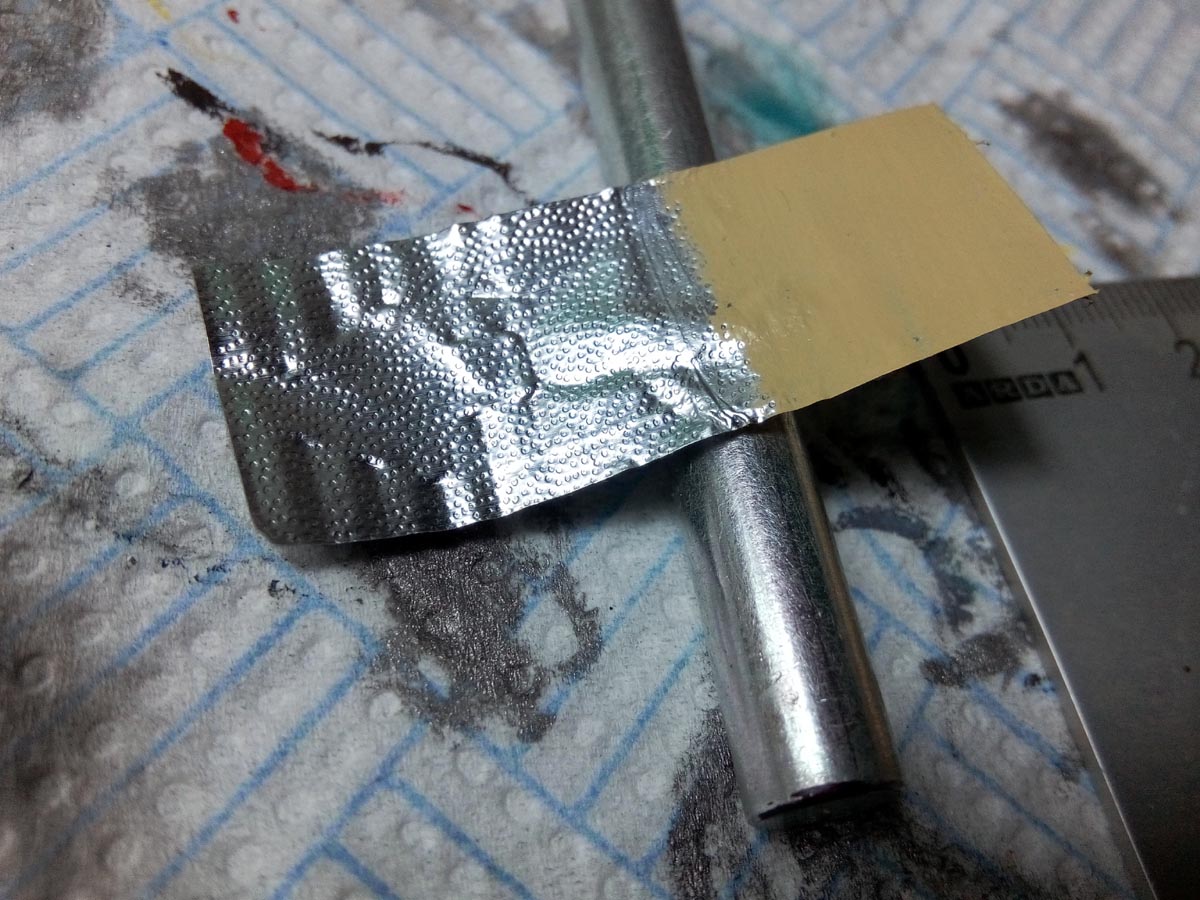 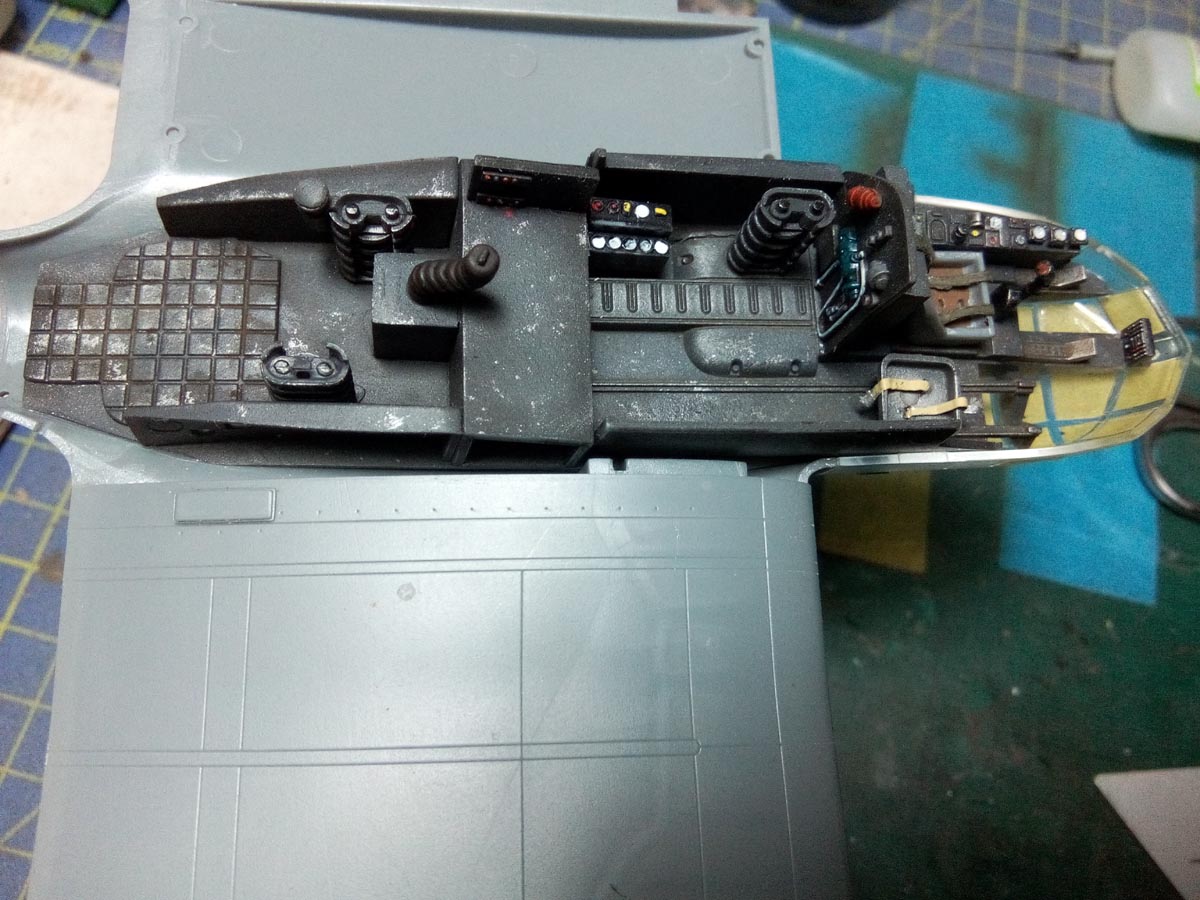 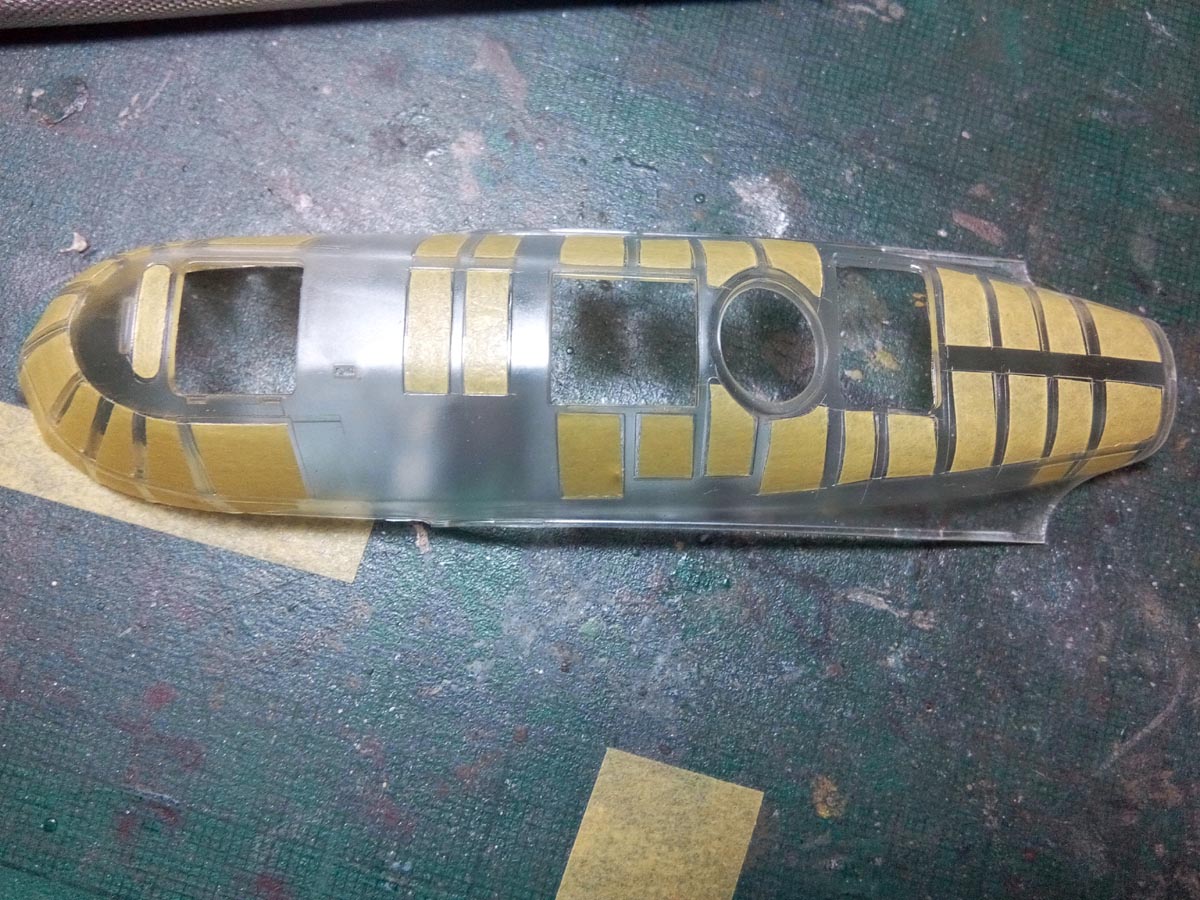 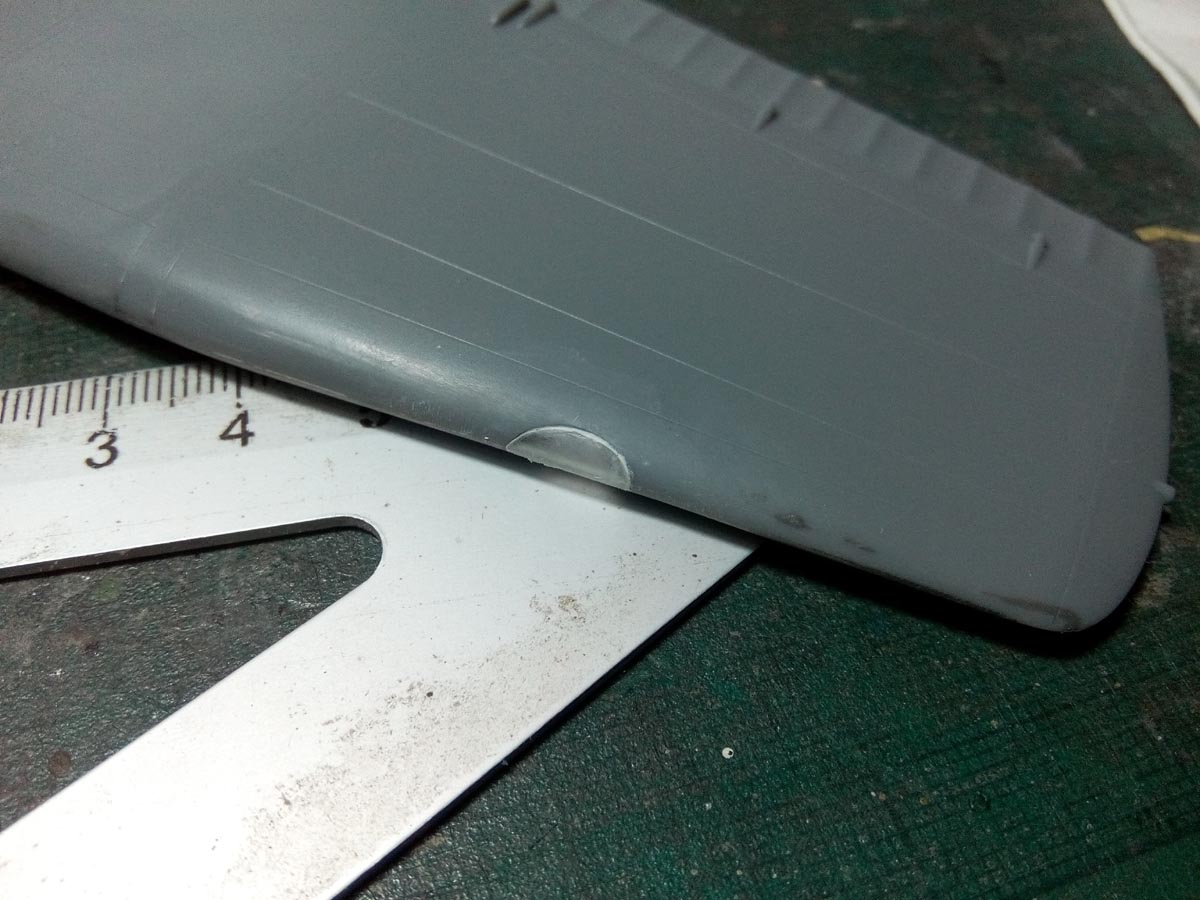 I did some preshading for the cockpt, then airbrushed it, picked out the details with Vallejo Model Colors and a brush, and did some weathering with a wash, some chippings and some pigments. Everything was OOB except the seat belt, that were scratch built using the cover of a yougurt container. Some sanding, filling and polishing was necessary to the light on the wing, as always if you want a flawless match of it with the surface.

I painted the model using Gunze Aqueos color. Masking was made with the tape, and around the curves with liquid mask fluid. 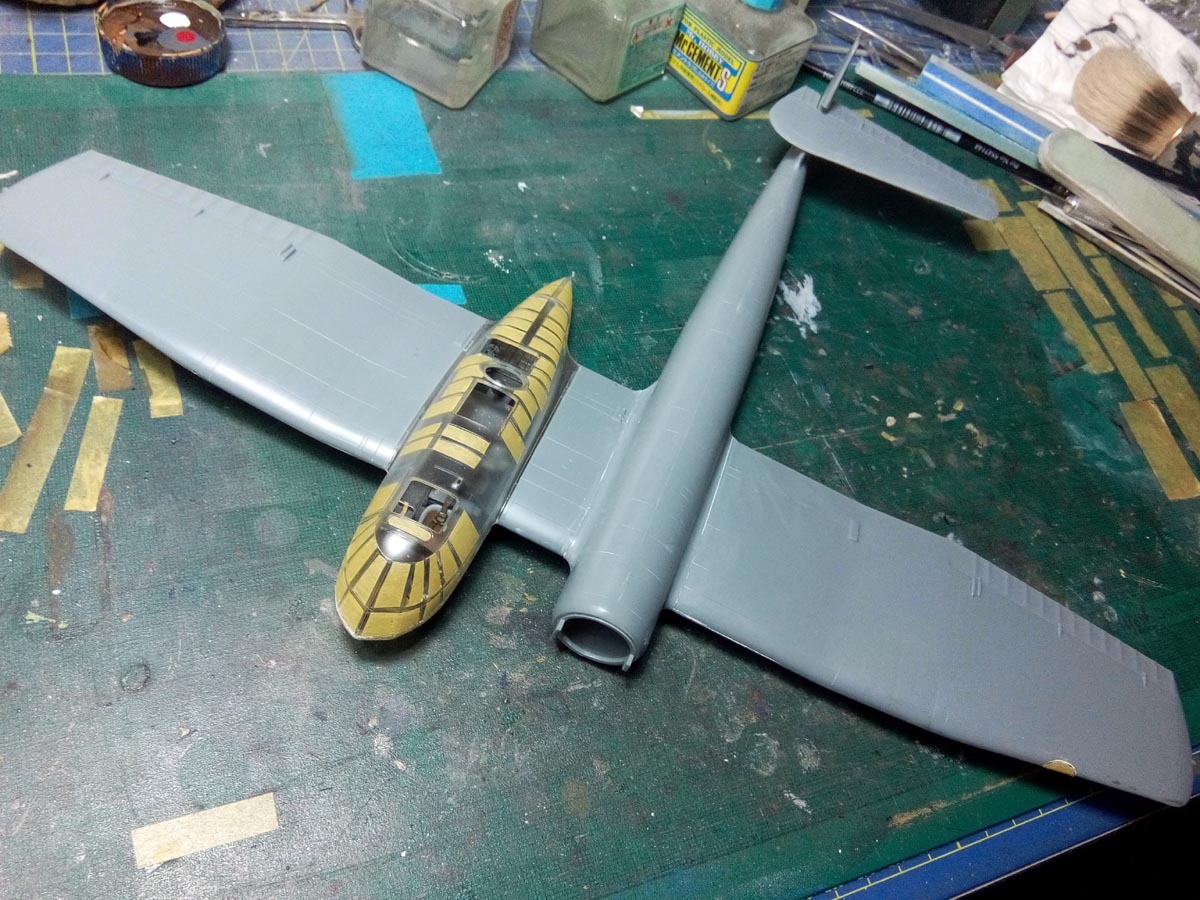 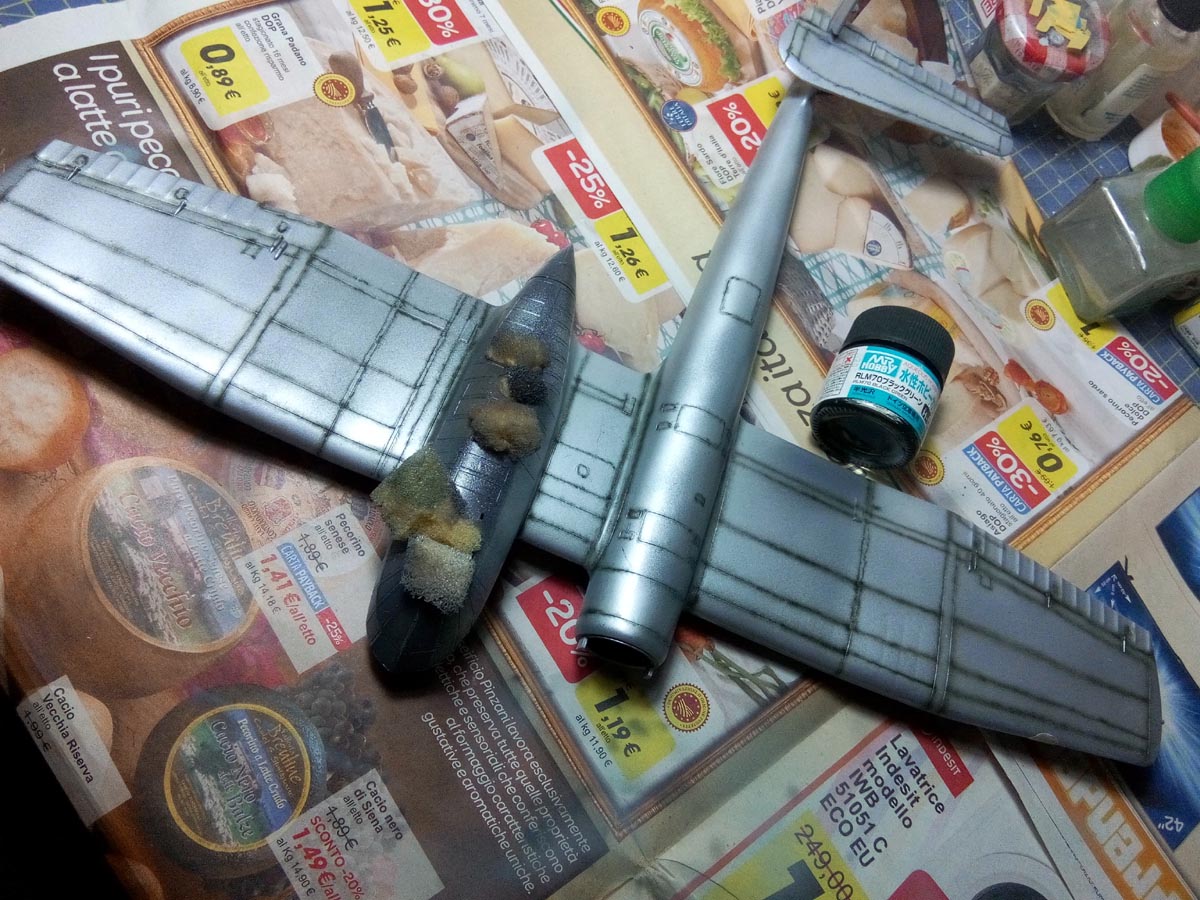 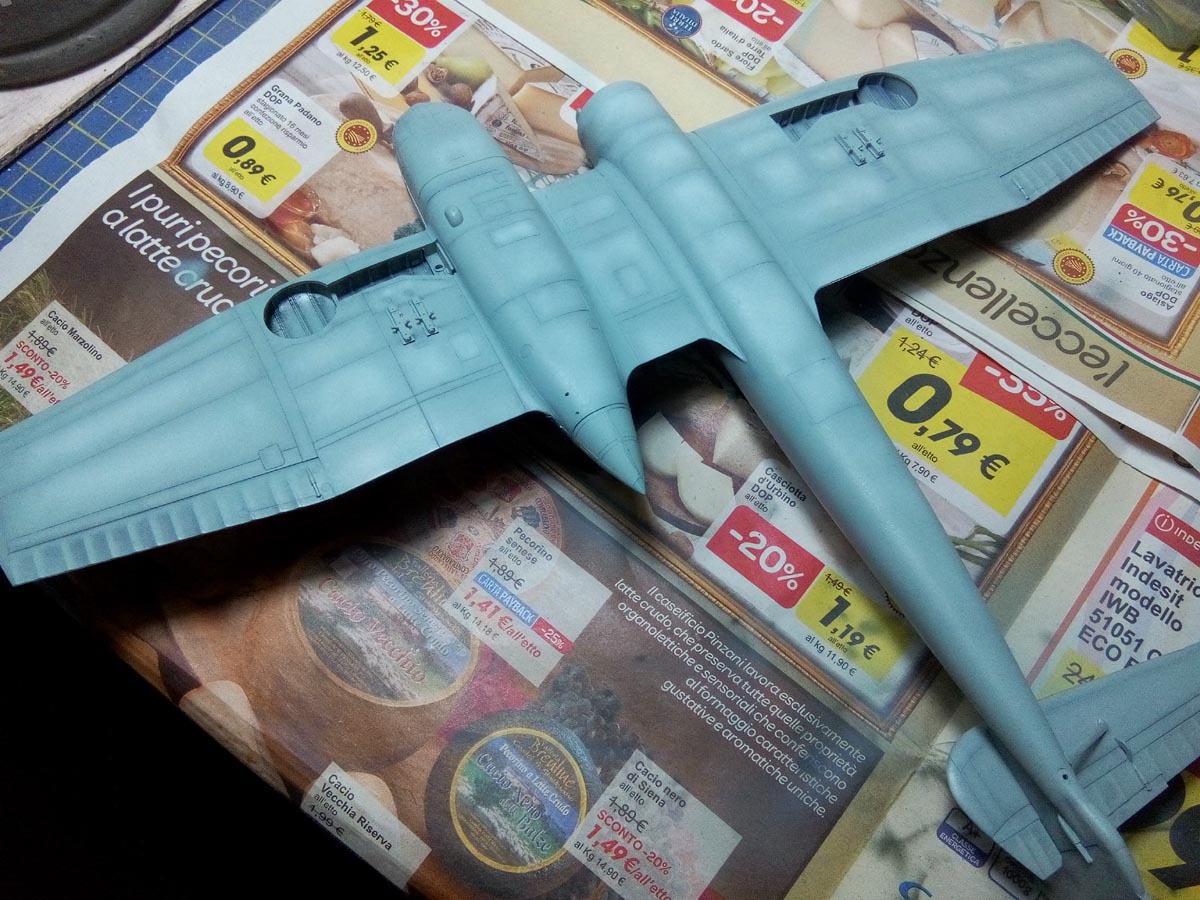 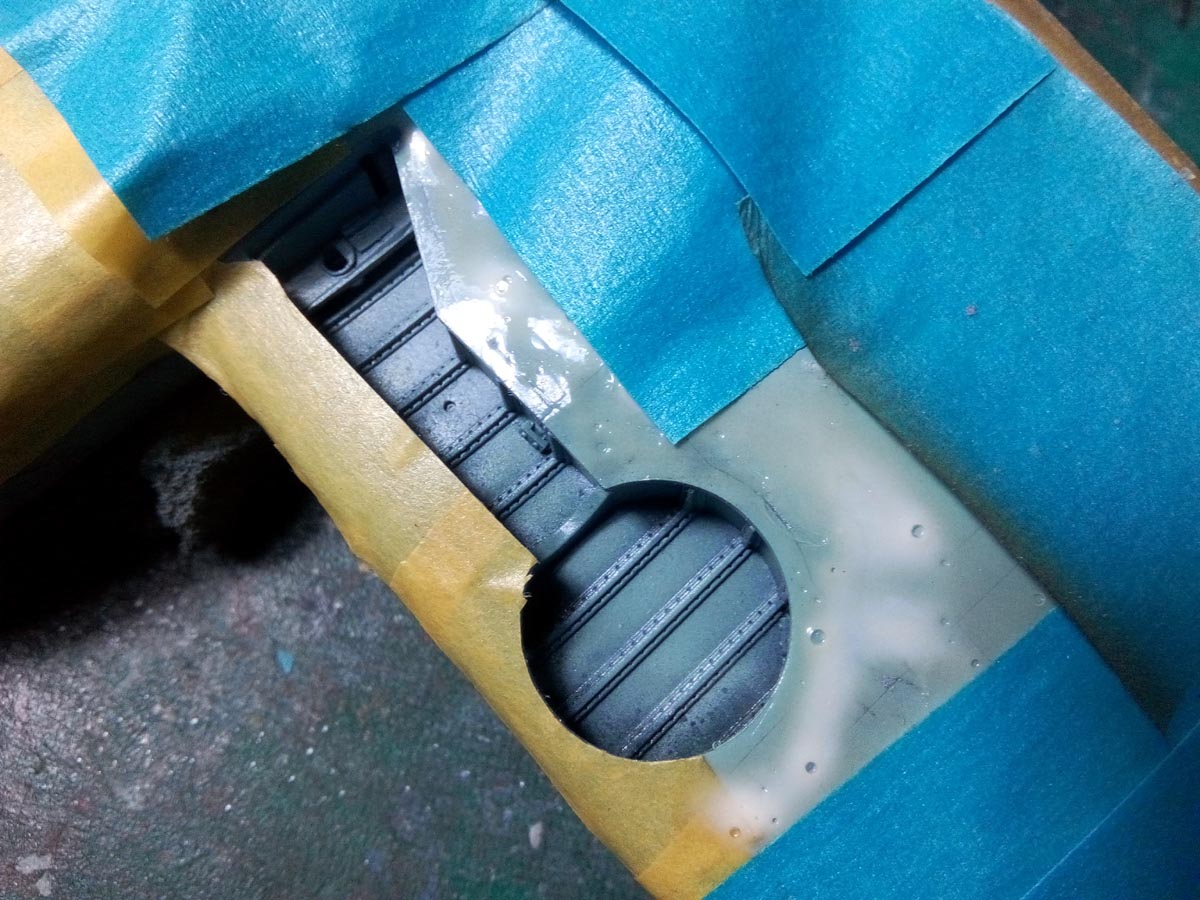 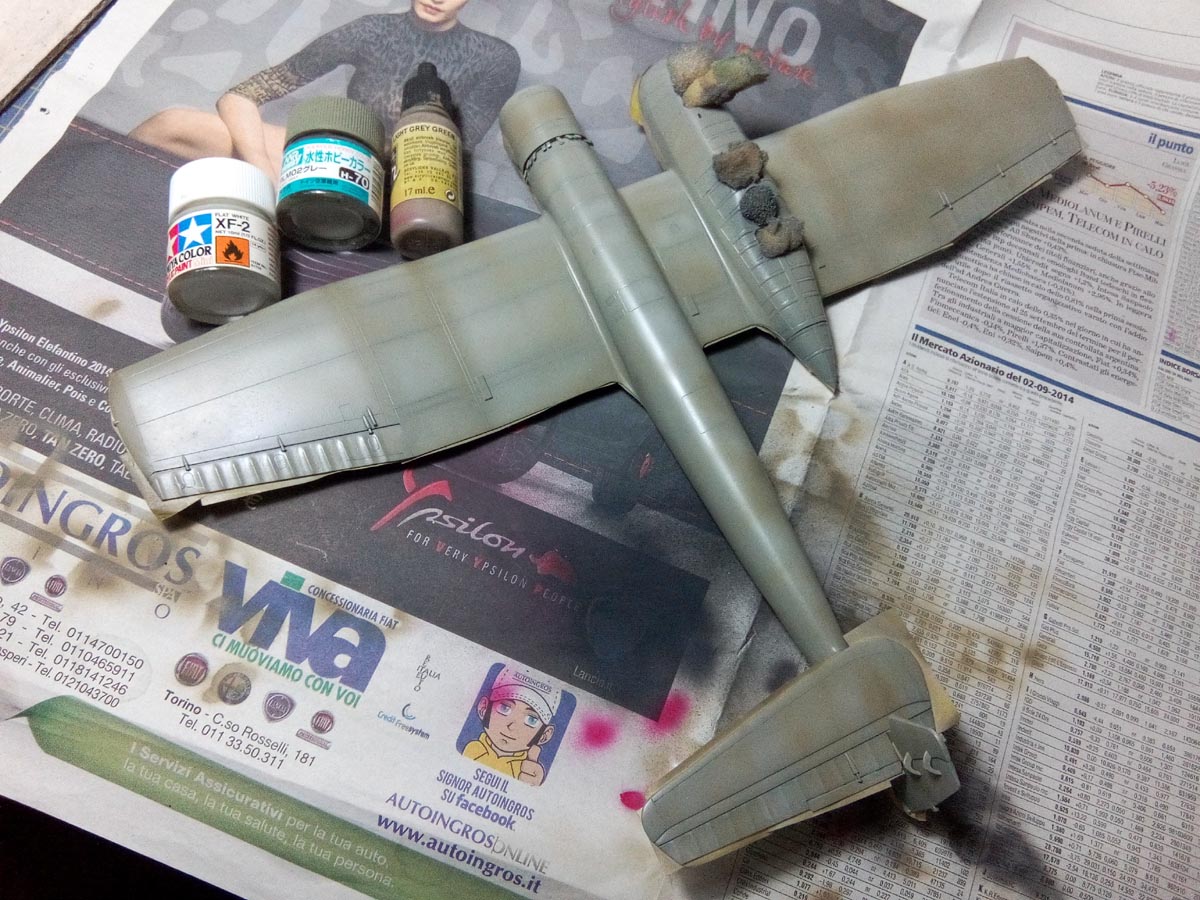 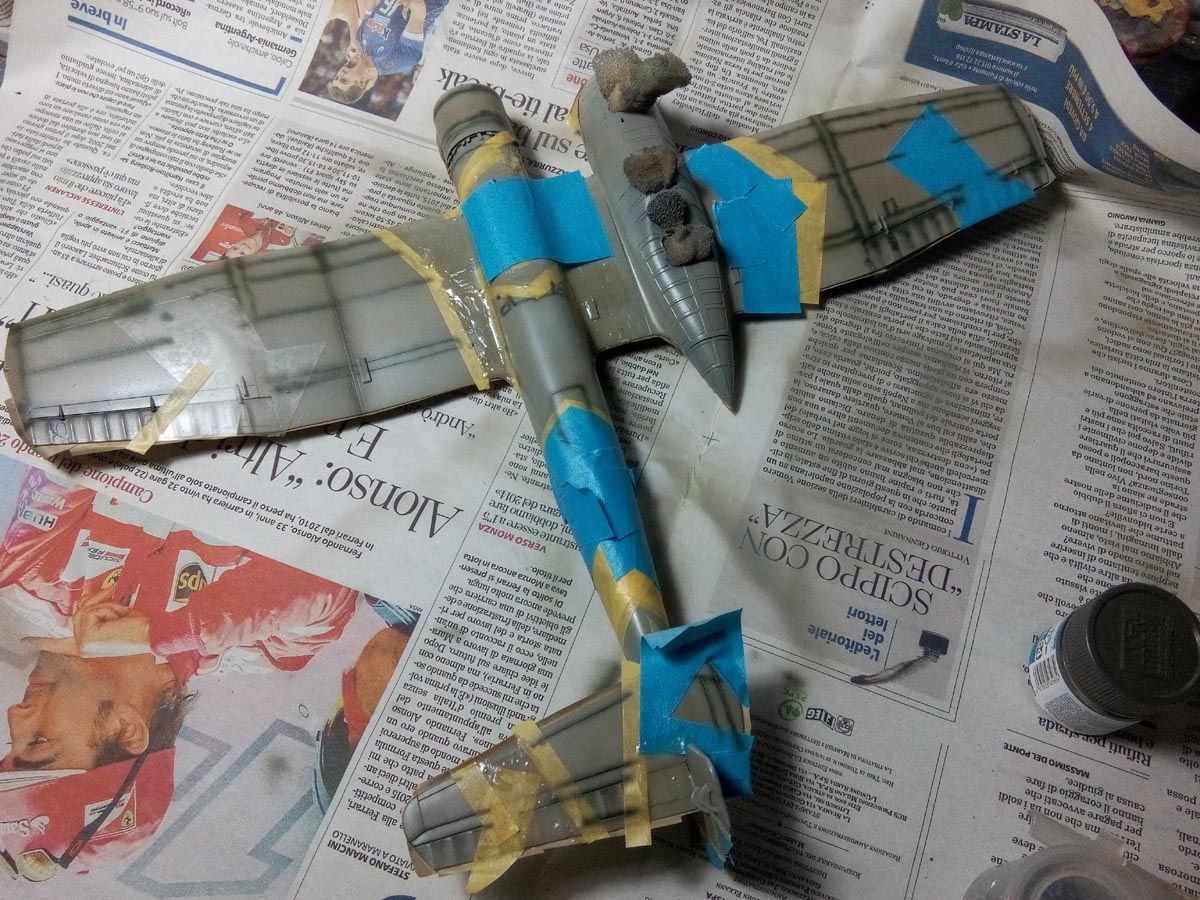 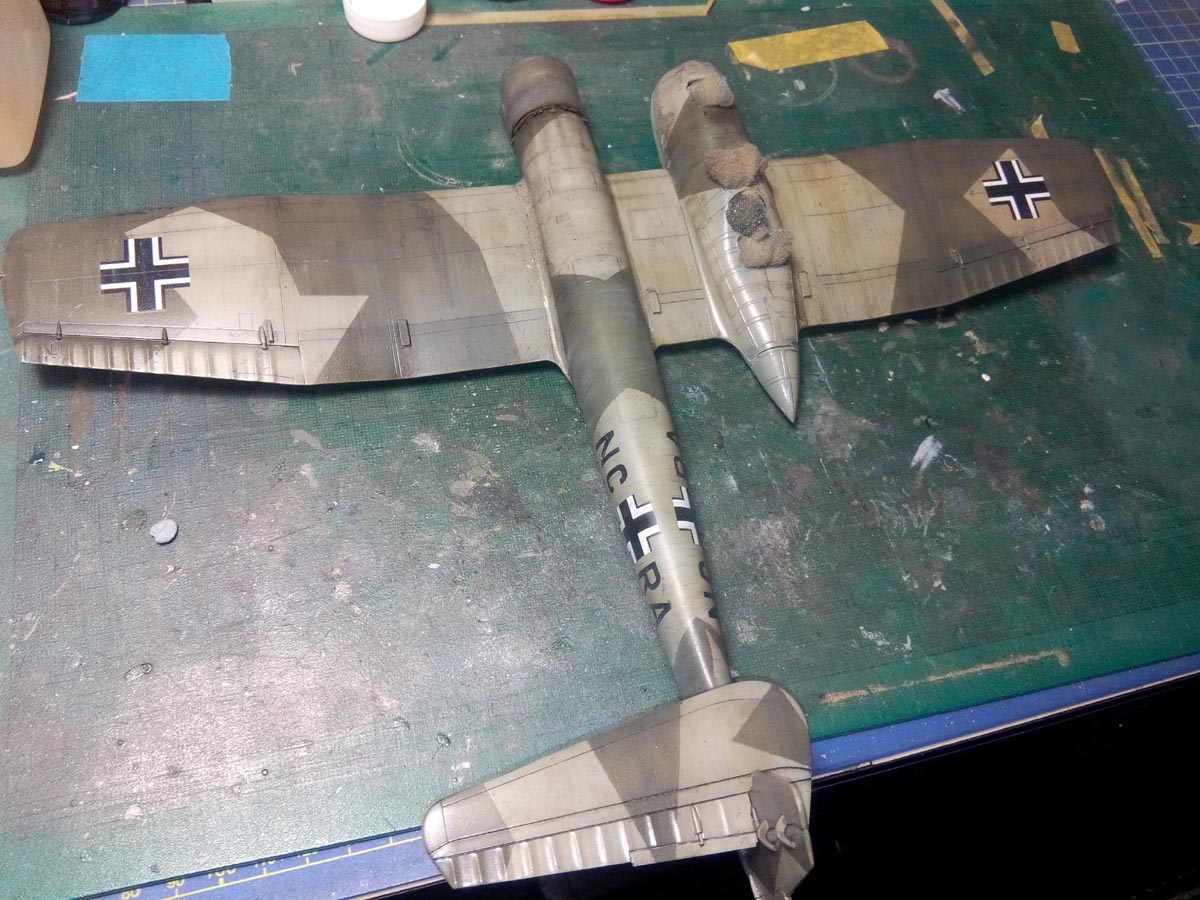 The order was: priming, allumium,pre-shading, first color, pre-shading again (because otherwise it get covered by the first layer of paint), second color. 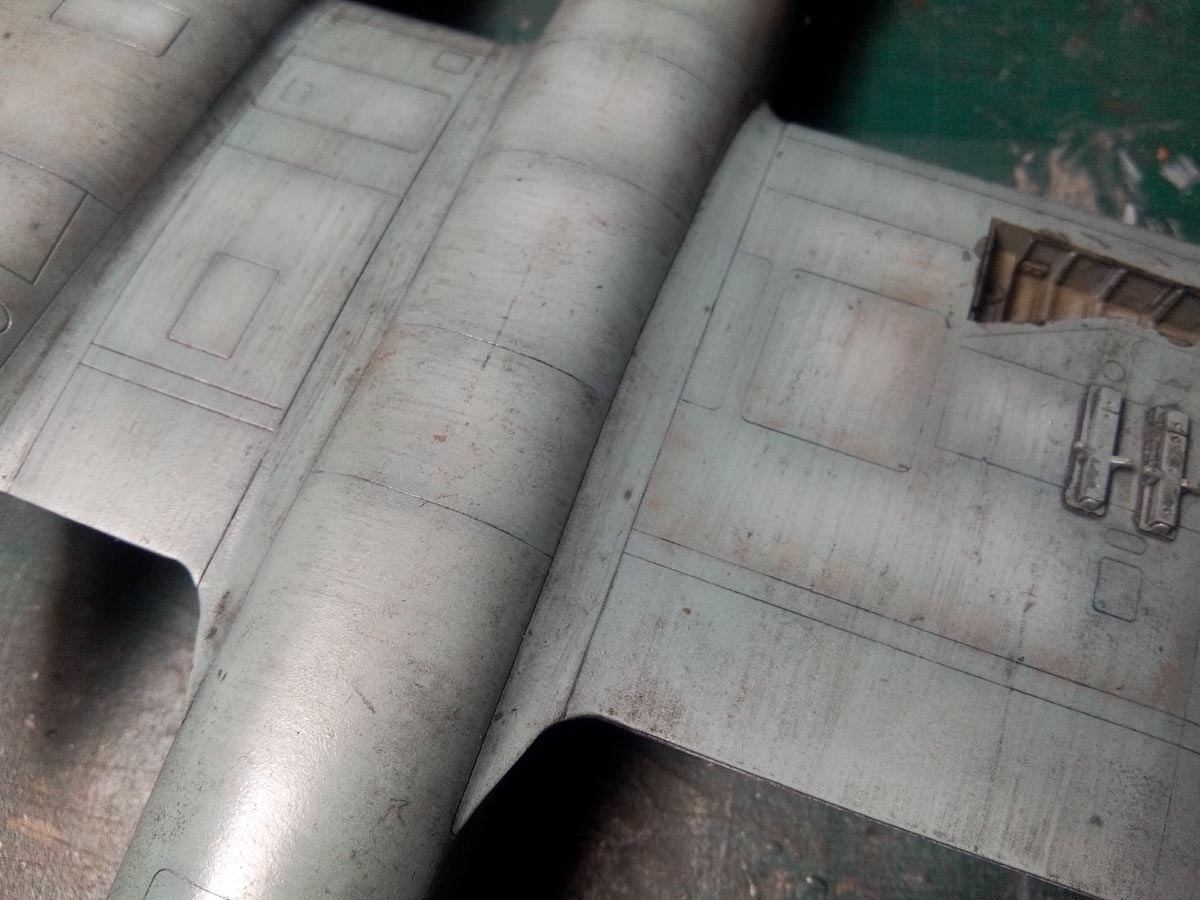 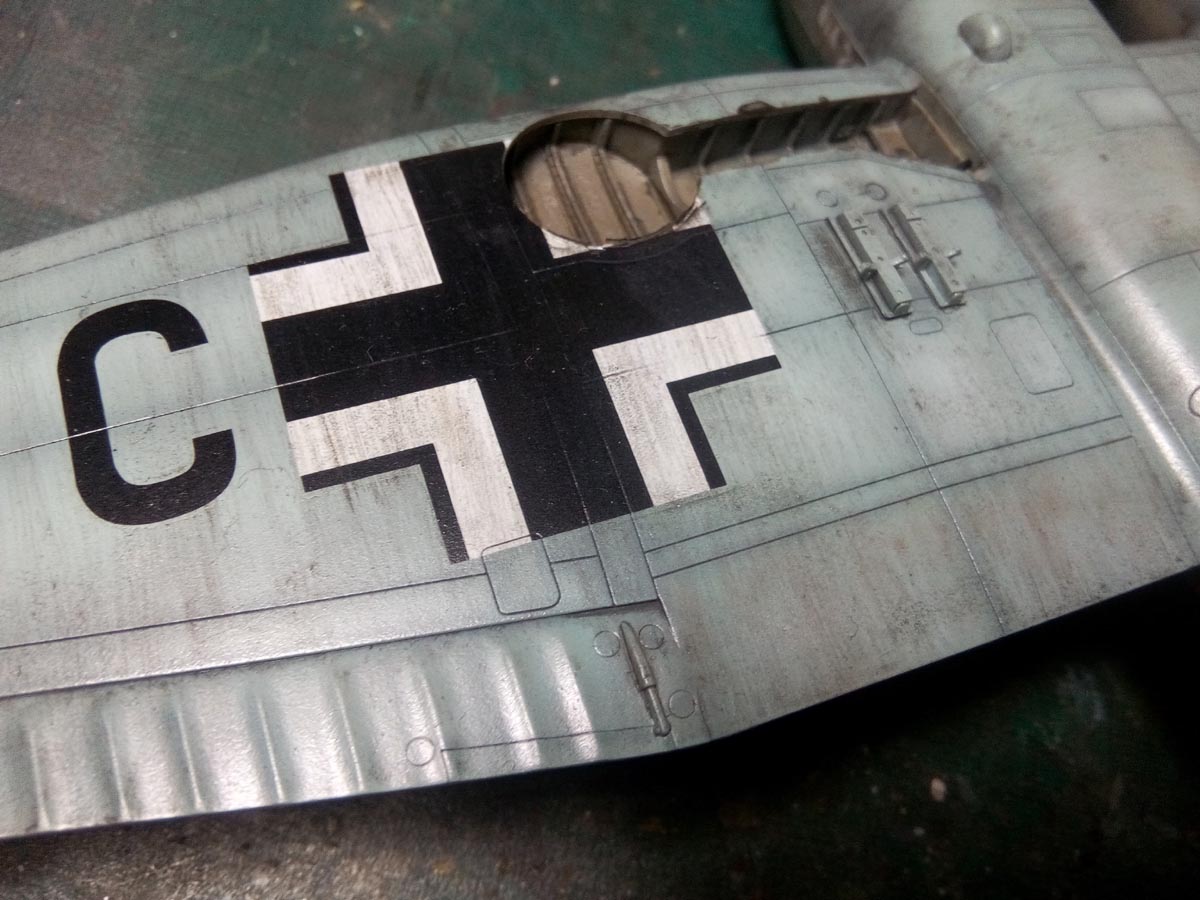 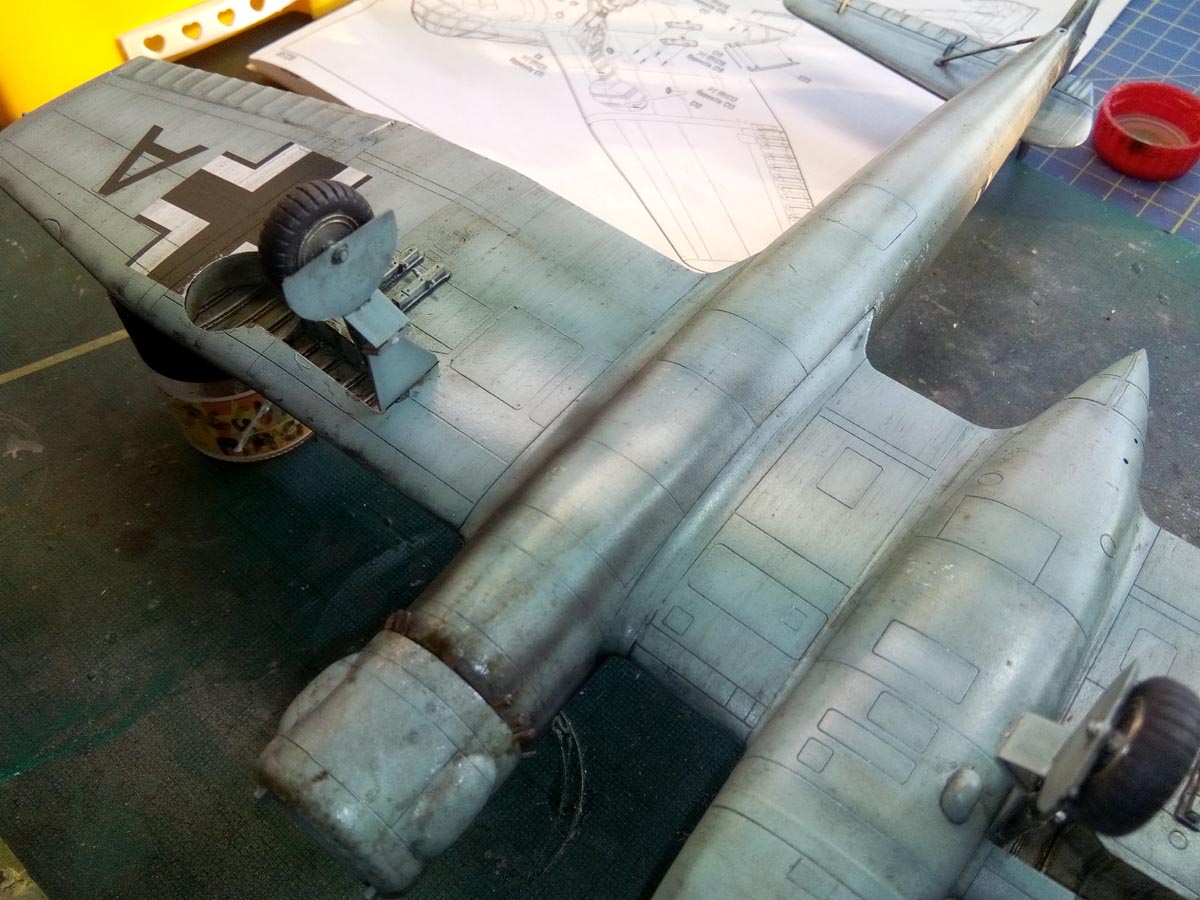 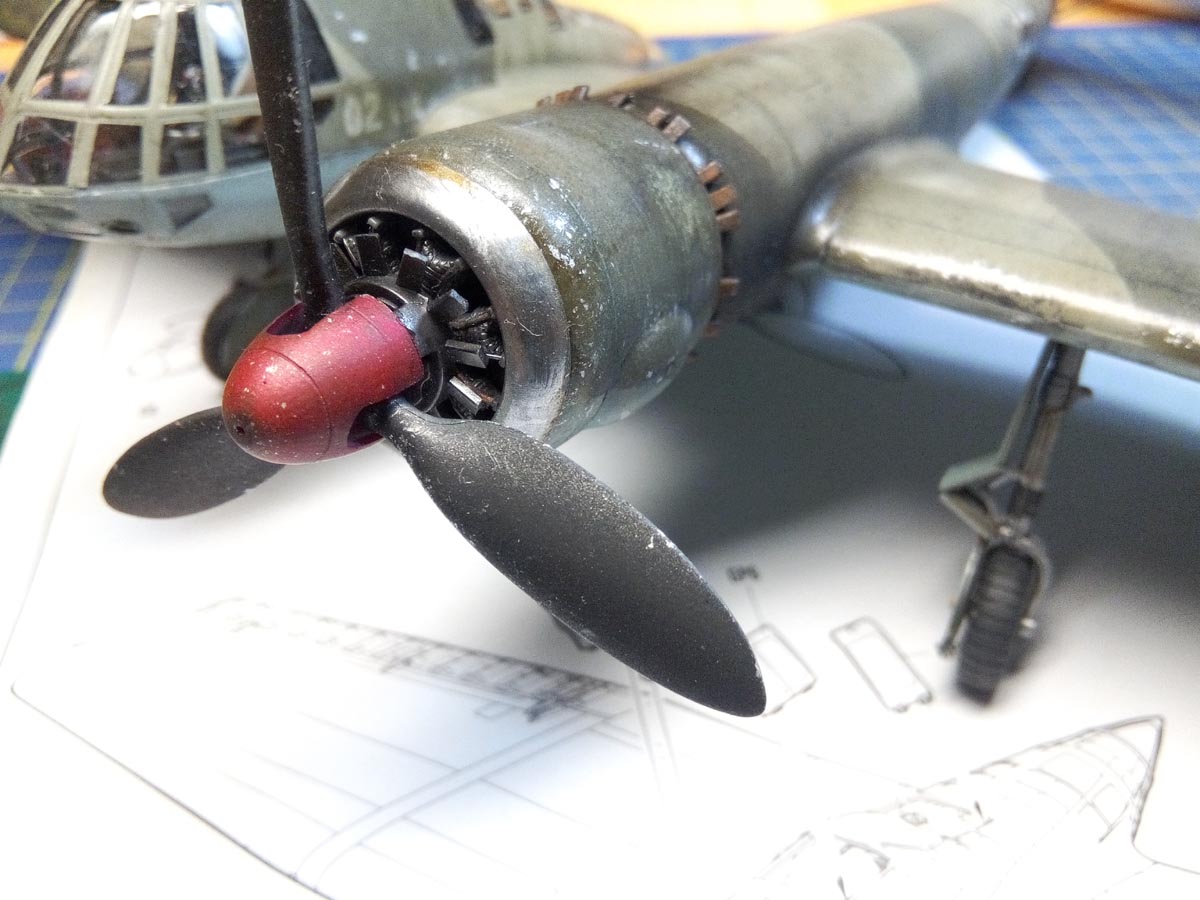 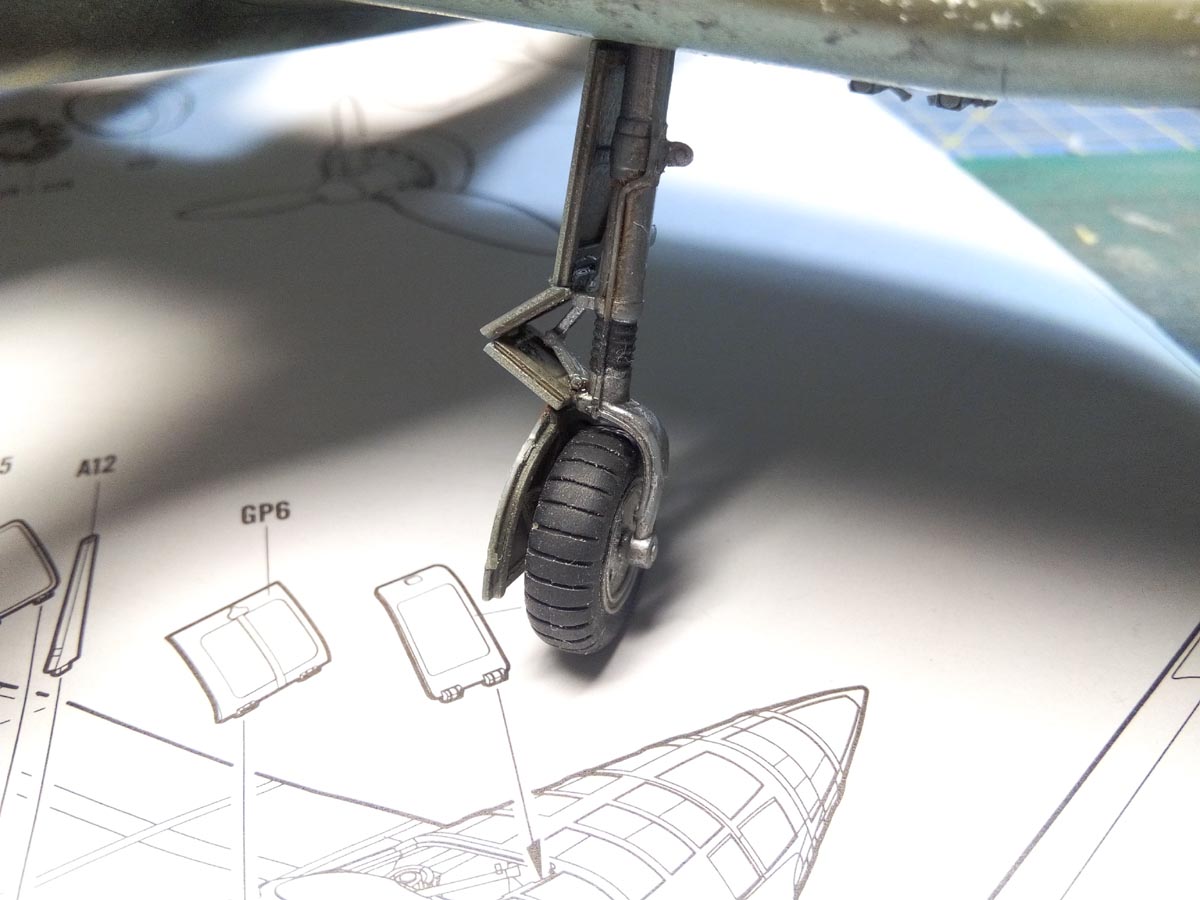 The weathering on the landing gears is perhaps the part that i was more happy with. As you can see, it pays to take care masking the canopy, because the office insidee is quiet busy and open. And to make it even more visible, i left al the accesses open (i used some sponge to keep them in place while the glue was curing). 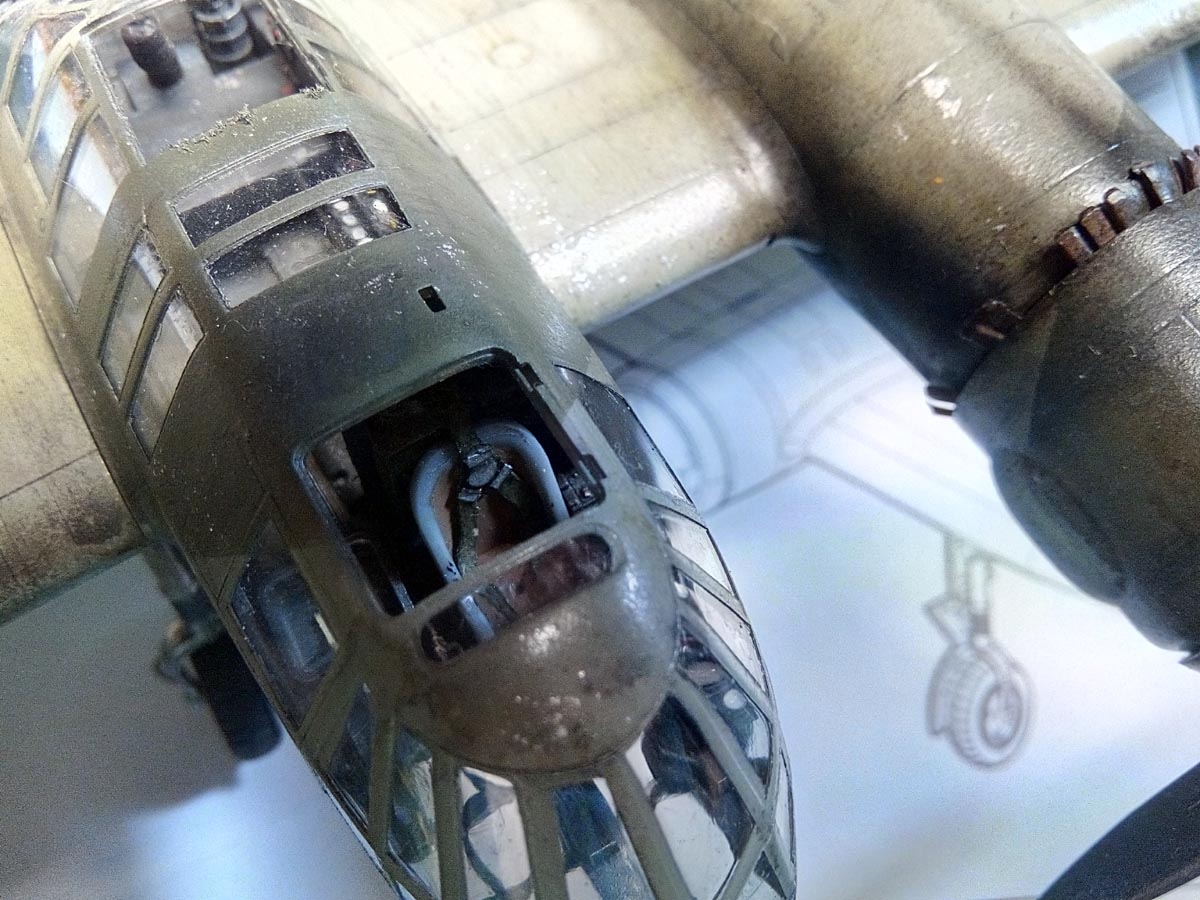 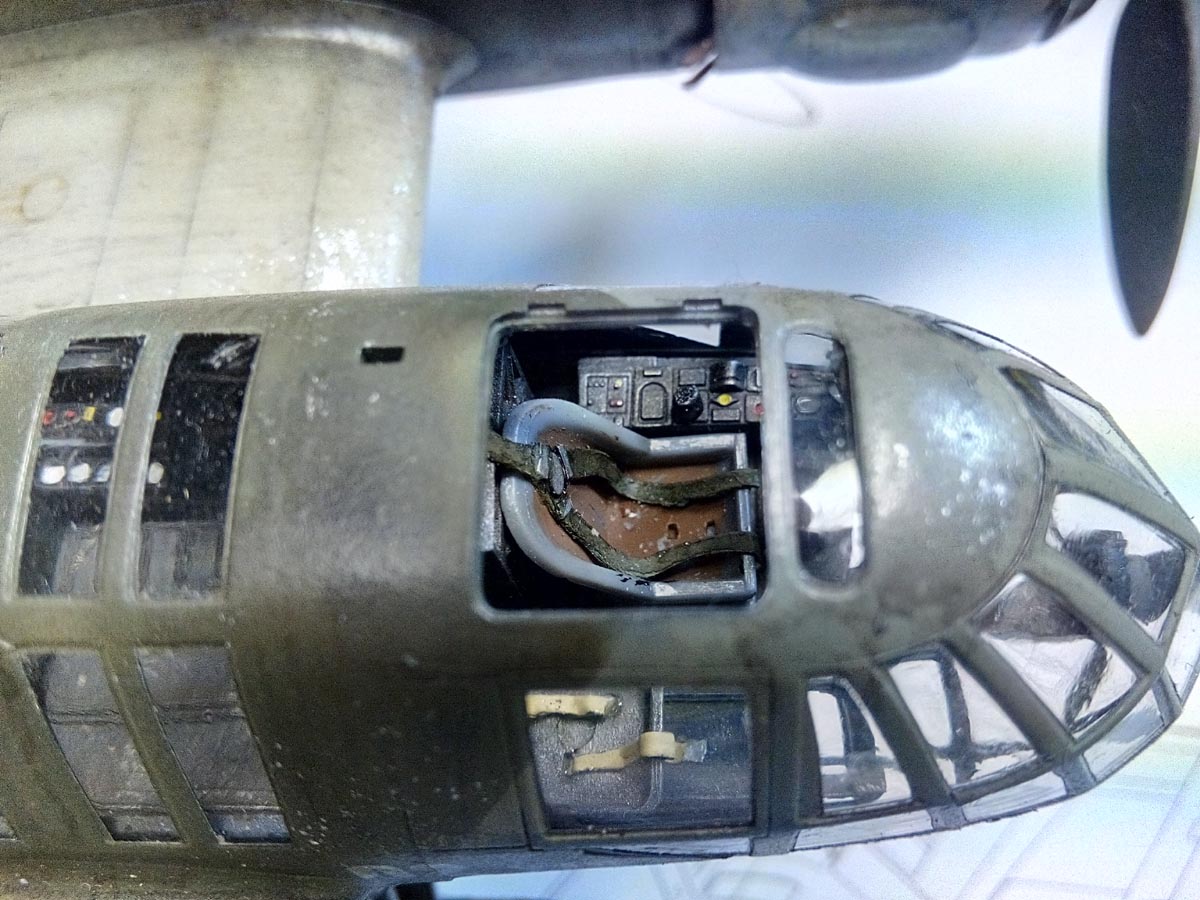 And here the finished model: 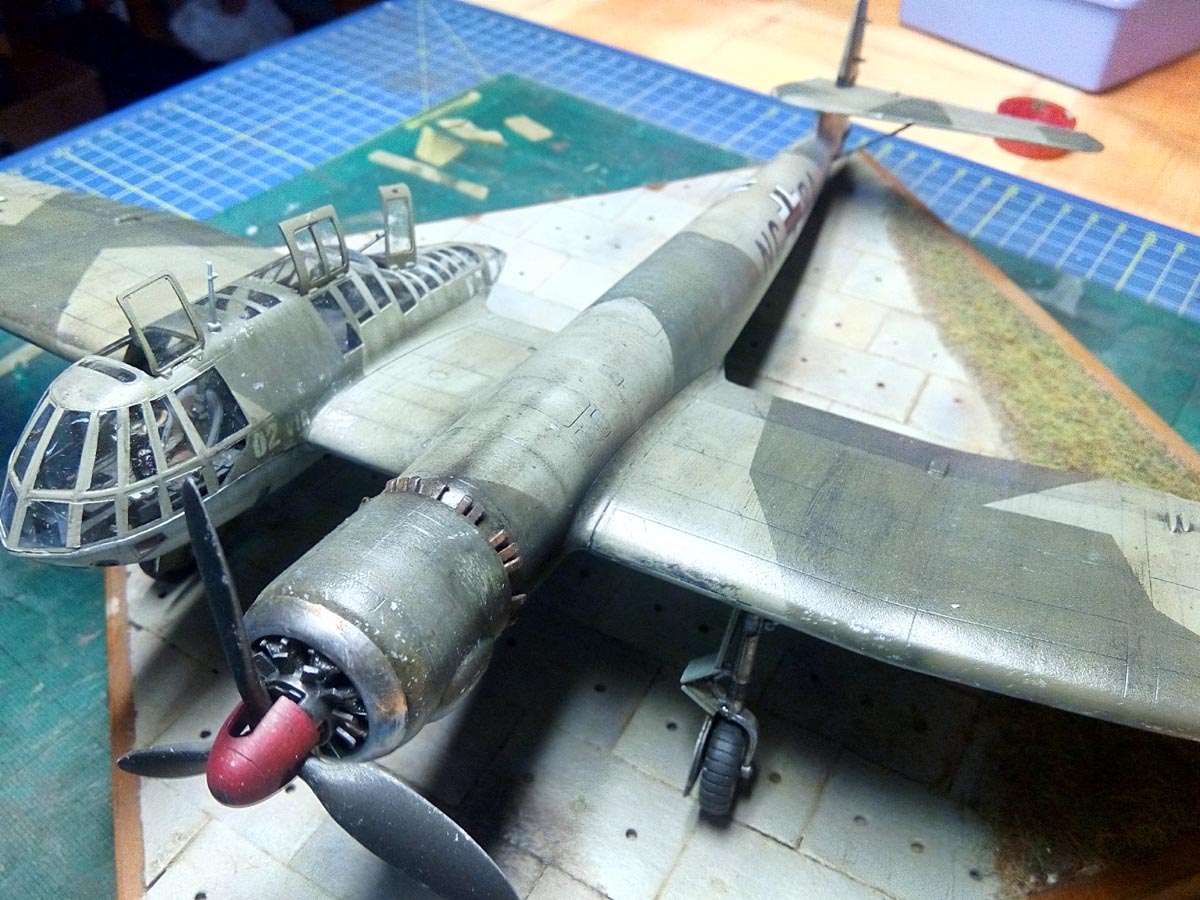 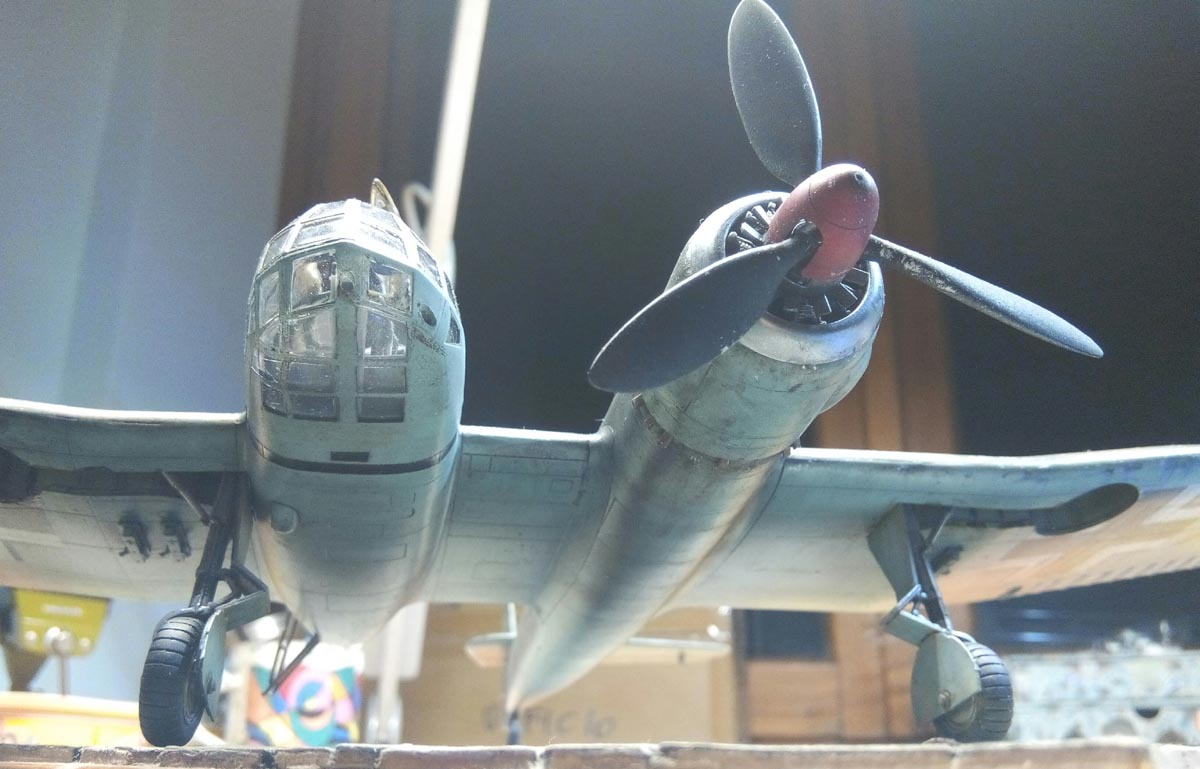