Full build step by step, showing also the Black Basing technique that is emerging combined with the post shading, of this ooooold Airfix kit.

Model, text and images by Luca Cinacchio aka Luke Staredsky

When you go with an old Airfix kit you know what to expect: countless rivets like small hills, fitting like a dress that is 3 sizes larger, and so on. But the charm that these kits have for older modelers like me is simply pricelles.

So i save you all the images and description of assembling the cockpit, the wing and the fuselage, where a good amount of putty was employed. Instead i would like to talk a little about the Black Basing Technique, that recently emerged and i wanted to experiment (for a video tutorial about this method, check this video, where you can see side by side Black Basing and Pre-shading in action). 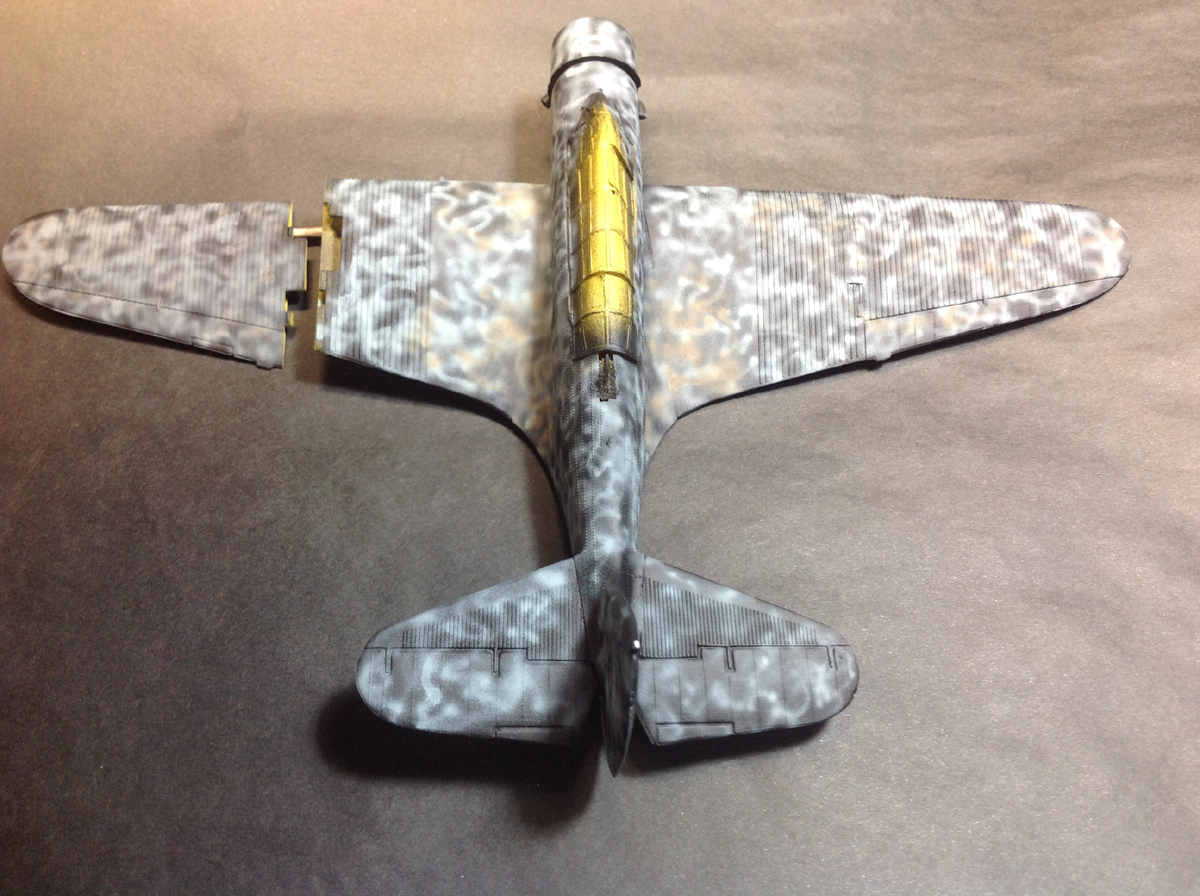 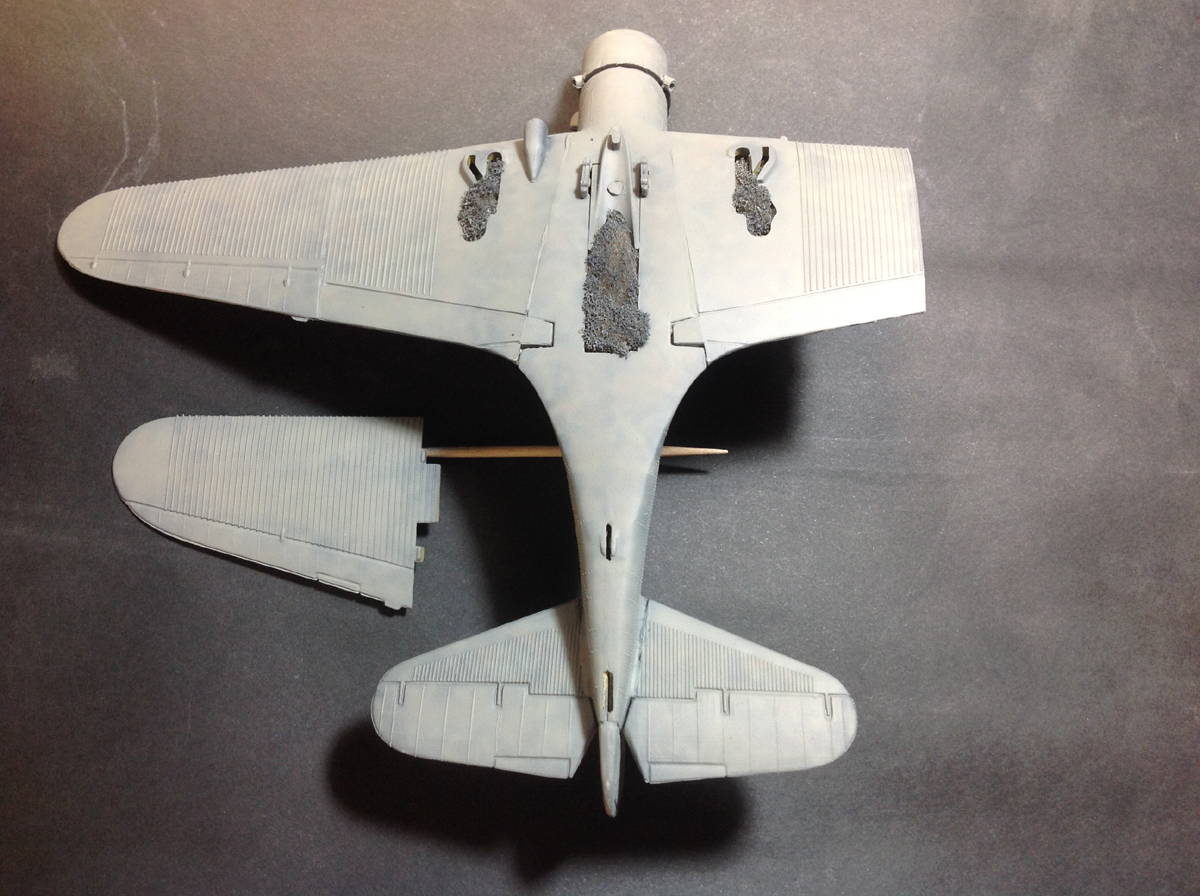 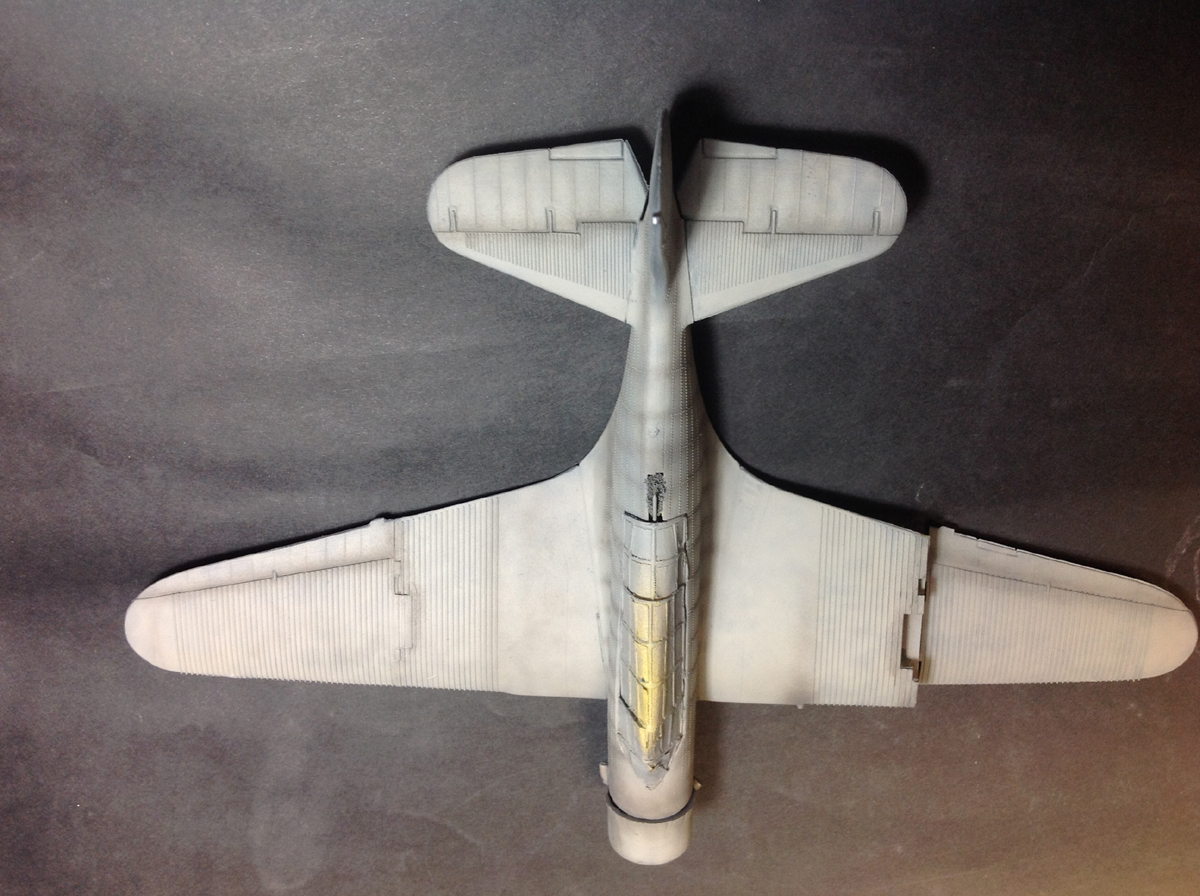 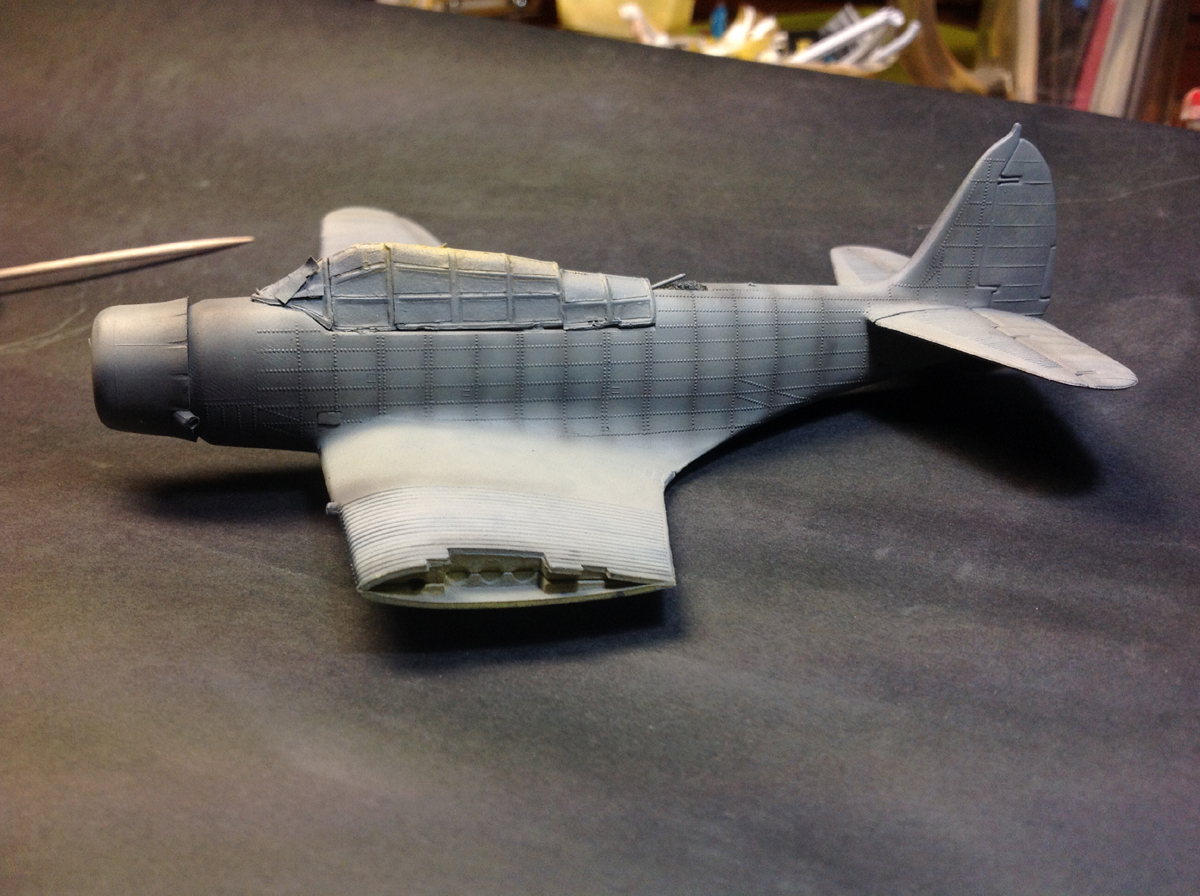 The technique consist of priming the model in black, and then mottling it with the final color. Then you add more layers of the final color, well thinned, leaving appear part of the underneath mottling just as you do with the panel lines in preshading.
In the first 2 pics you can see the mottling stage and the completed job. The effect is a lot of subtle tonal variations and not an uniform flat color, and i truly like it. But i don't consider the Black Basing as an alternative to the pre or post shading... i still missed the old "shadows" on the panels lines. Truth is that i think that Black Basing and pre or post shading aren't alternatives, but complement each other.

So i took again the aribrush, and i loaded it with a clay wash in gray color (a Flory Model wash). These products have the great benefit that are fully washable away if you aren't happy, and so you can easily correct any mistaken on this stage. Plus they are very transparent, and many passes are need to build the effect.

So in the last two of the four pics you see the final risult, after adding a post-shading to the Black Basing. Think that combining the two methods adds more realism. One thing that i will test in a next build is to not post-shading after the final coat of paint, but just after the black basing (before the final paint layers). 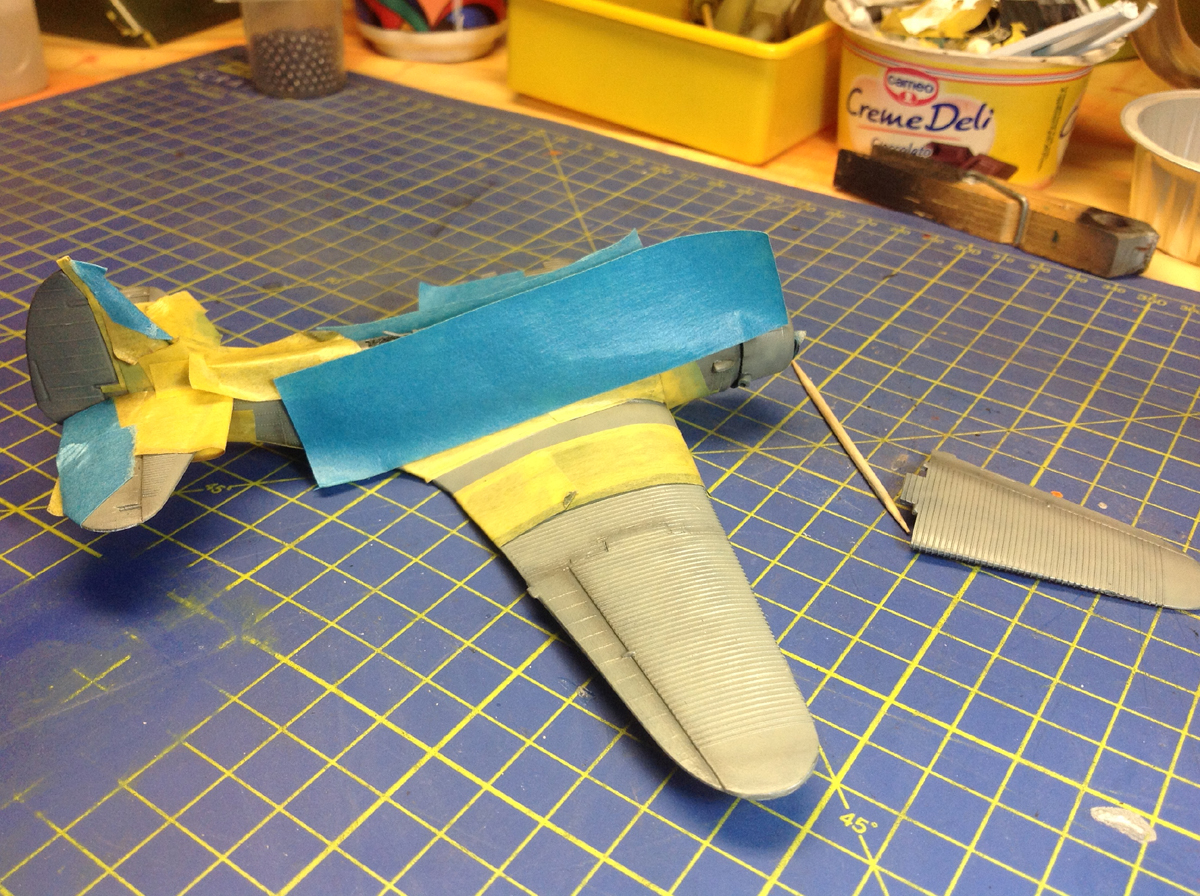 In the former image you can see the masking for the tail and the wings... i always prefer to paint, instead to use decals, when it is possible.

And in the next images you see the final reveal. Some notes about the weathering: i used the following methods, not in a pefect order, but going back and further from one to the other one:

And a final note about the cockpit windows... the worst i ever met in an Airfix kit... not only thick, with a mediocre fitting, but also with many air bubble inside... pity :(

Hopefully you will enjoy it! 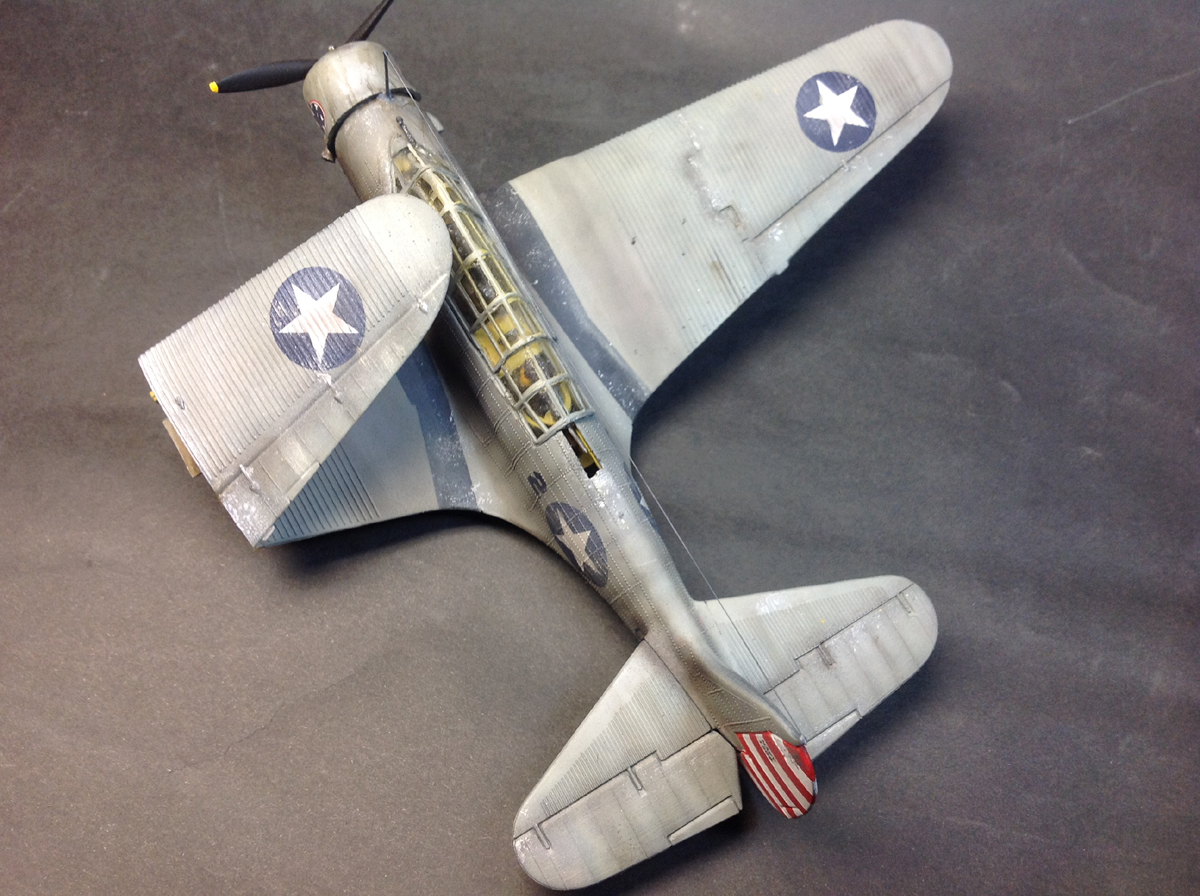 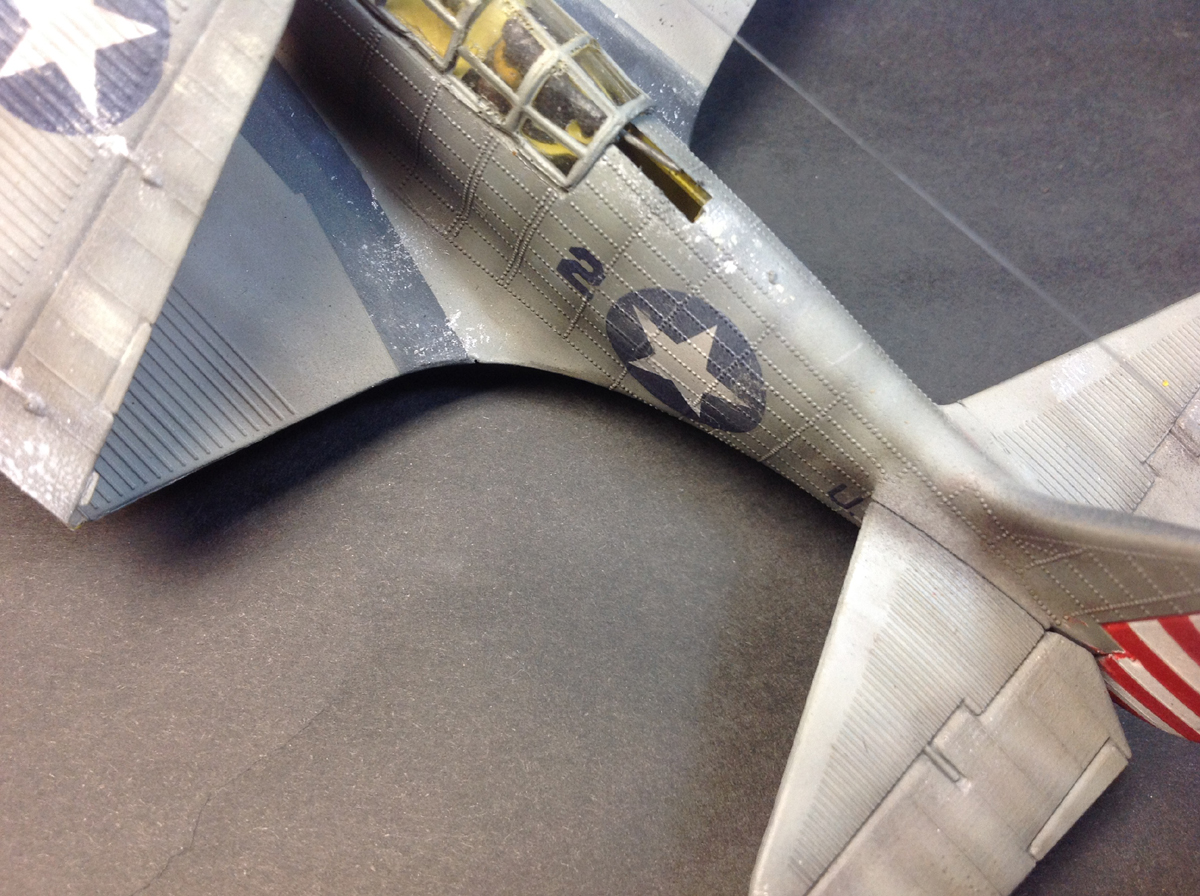 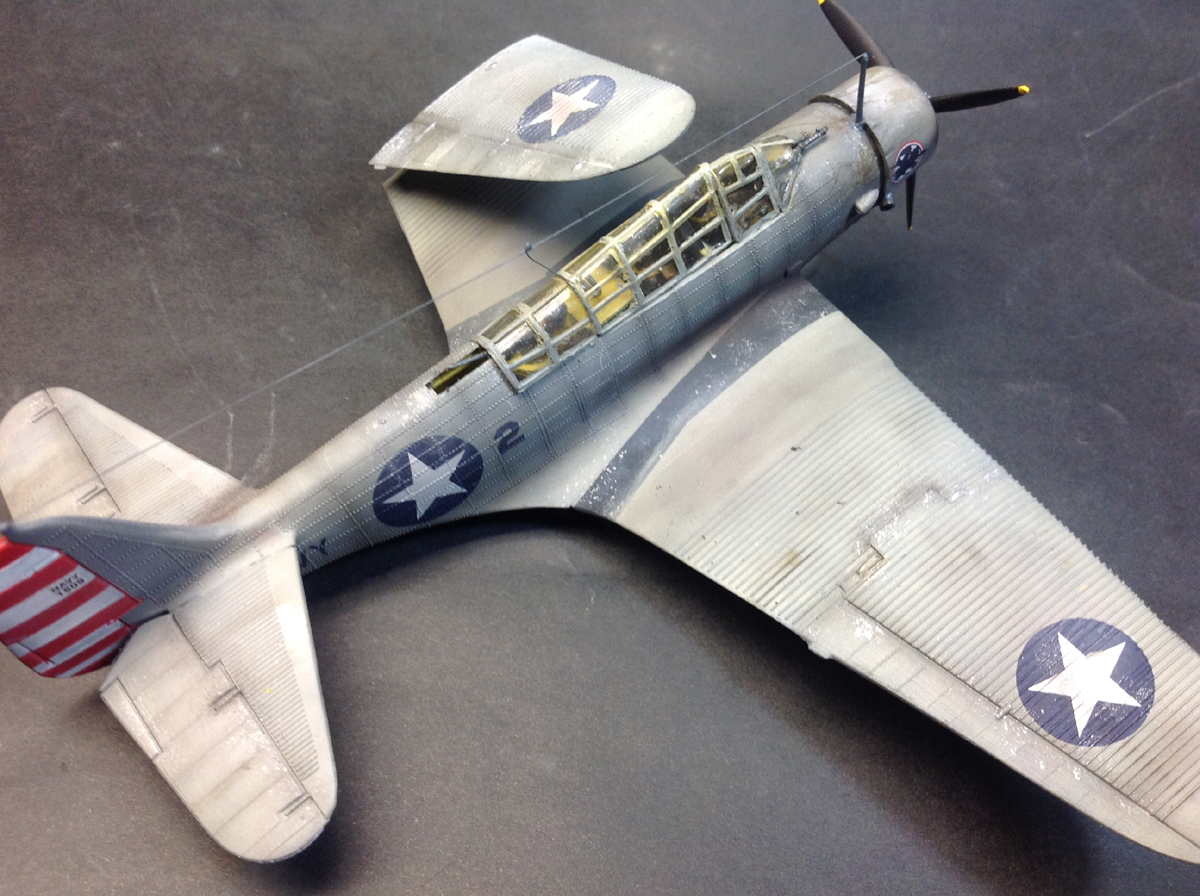 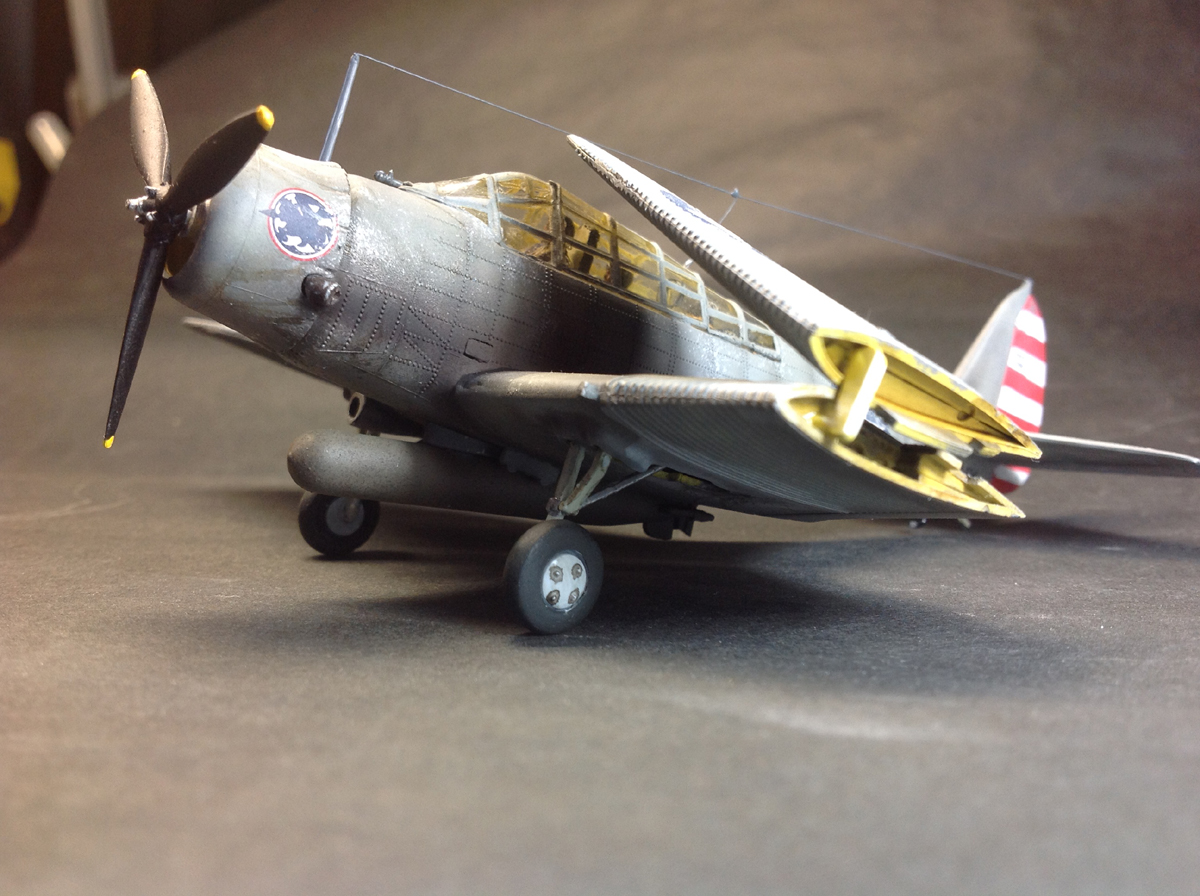