A little of history about this obscure prototyoe. Quotinig Wikipedia

, "The Messerschmitt P.1099 was a two-seat prototype jet plane designed by Messerschmitt for the Luftwaffe before the end of the Second World War. The design of the Me P.1099 was begun in the summer of 1943 and was intended as an improvement to the Messerschmitt Me 262. The Me P.1099 was planned in a way that could later be developed into high-speed bomber (Schnellbomber),reconnaissance plane, interceptor, night fighter and trainer versions.[1]

The Messerschmitt P.1099 was a 12 m long conventional-looking aircraft with a wingspan of 12.6 m. It had a wider fuselage than the Messerschmitt Me 262 and was equipped with a cockpit for two pilots located at the front end. The planned powerplant were two Junkers Jumo 004 turbojet engines, later eventually to be replaced by Heinkel HeS 011 turbojets in a further development with swept wings, the Messerschmitt P.1100.[2] None of the variants were built but this project was developed into the Messerschmitt P.1100 all-weather fighter project which in turn would lead to the single-seat, single-jetMesserschmitt P.1101 design for the Emergency Fighter Program in July 1944

The kit belongs to the "Wunderwaffe" series of German birds by Revell, and as for the other kits it offers great value for money. Fitting is good, construction is nothing making you mad, detail is good for the scale, flash almost absent.

For more pictures of the finished model, visit the article Luftwaffe 1946 Diorama - 1-72scale

The cockpit is a nice one, and here i just did the usual painting and weathering 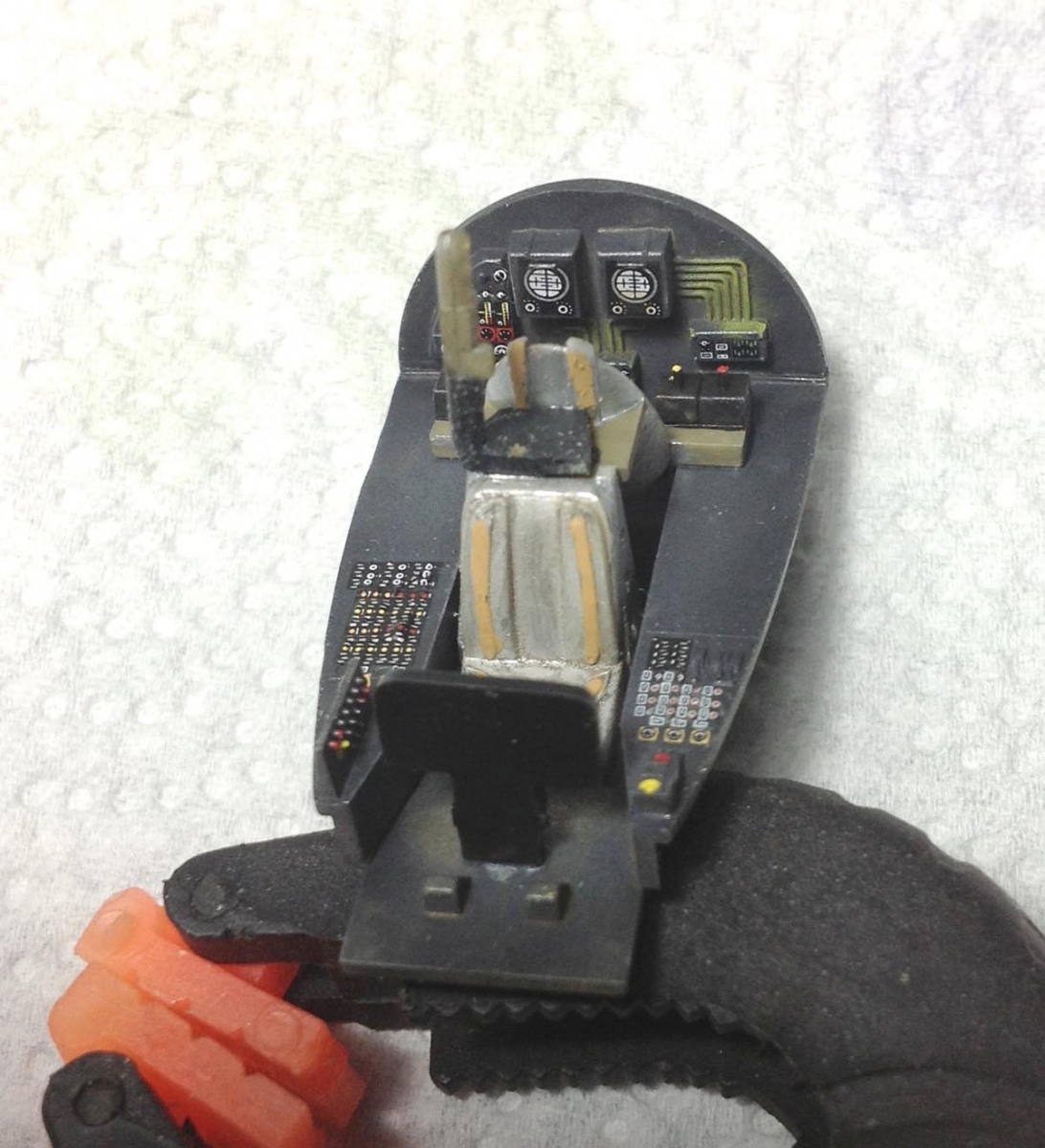 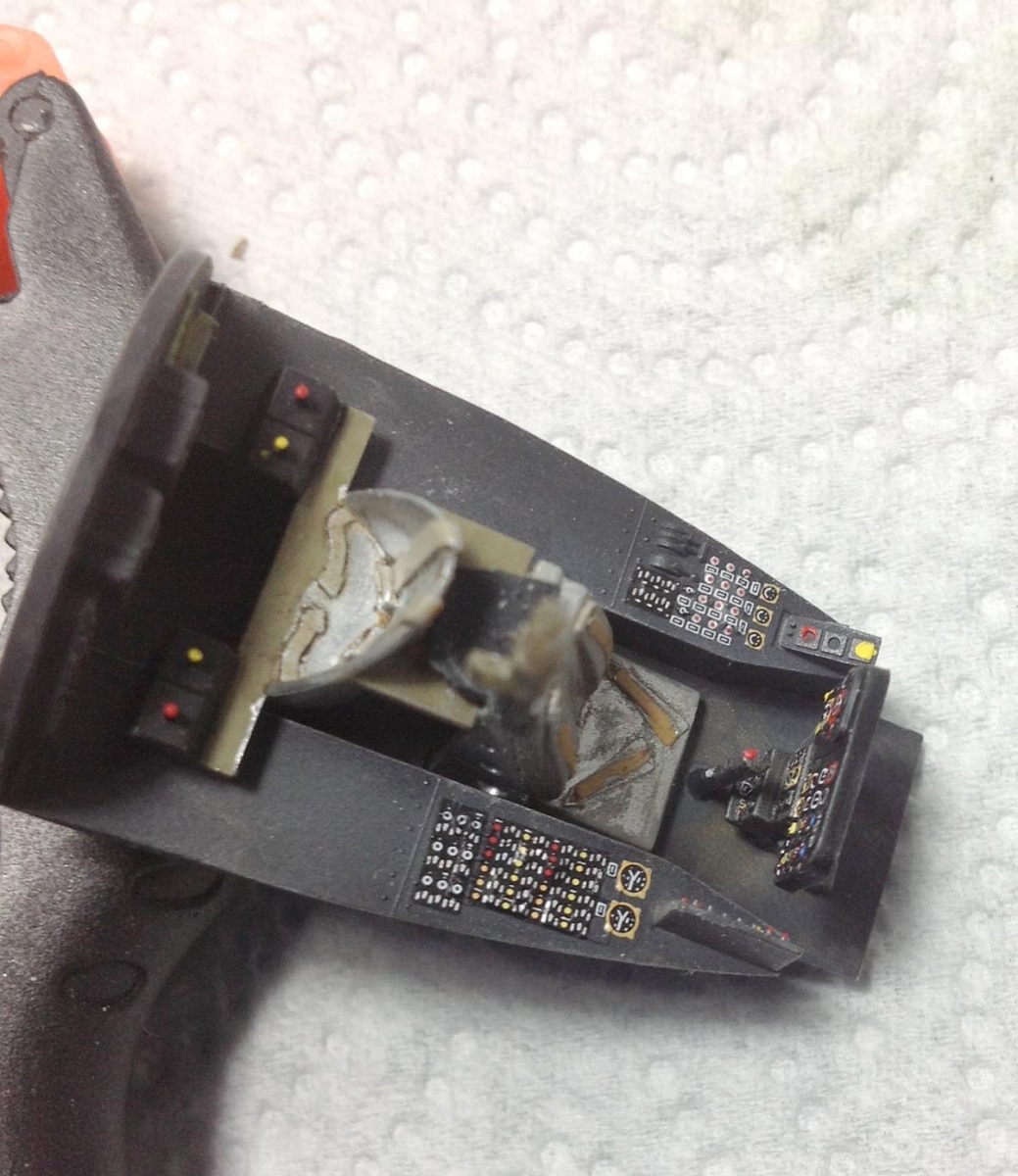 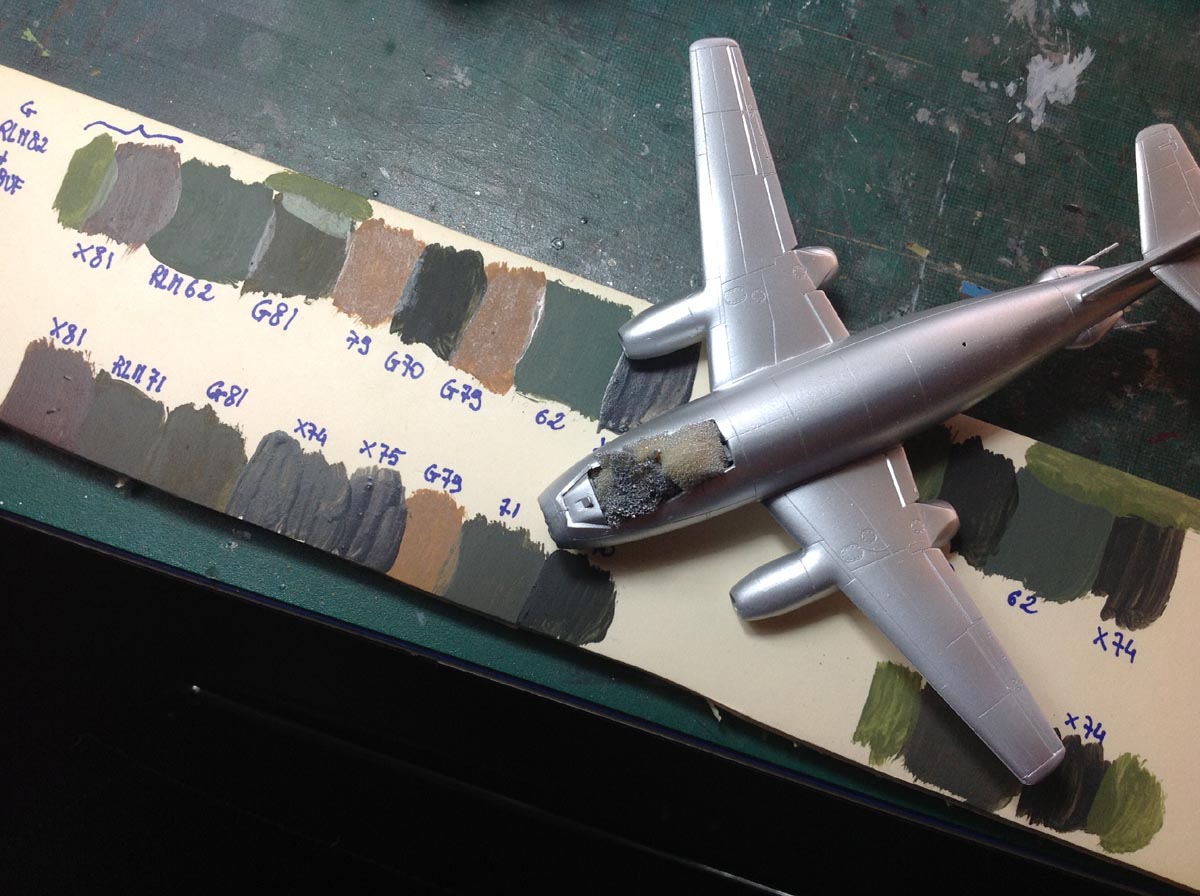 Choosing the colors... being a prototype what if no need to stick to a real camo schema, imagination can fly. The model has been primed in alumium, and a coat of hairspray will be airbrushed. No preshading. 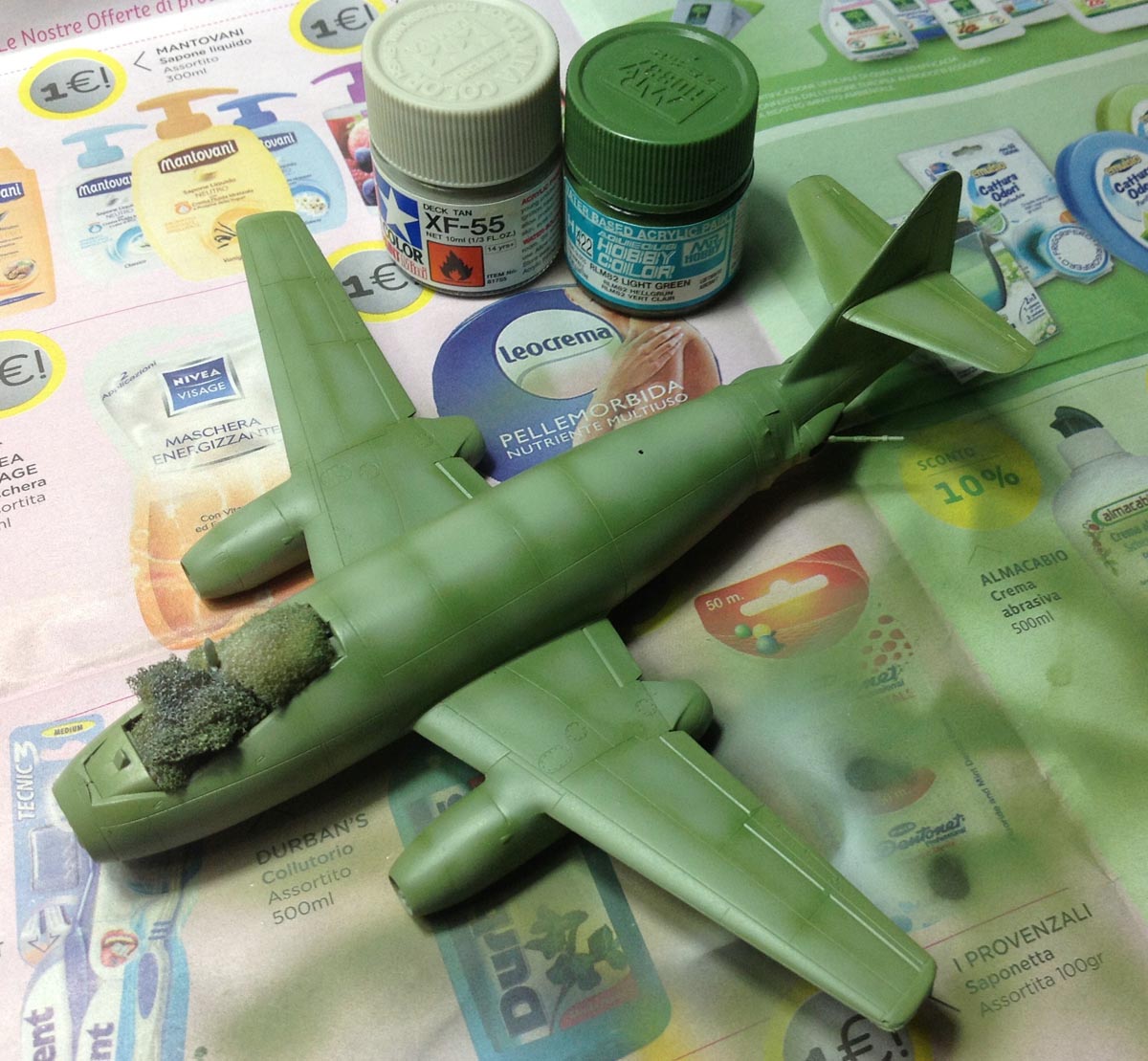 First color of the cano, with highlights. 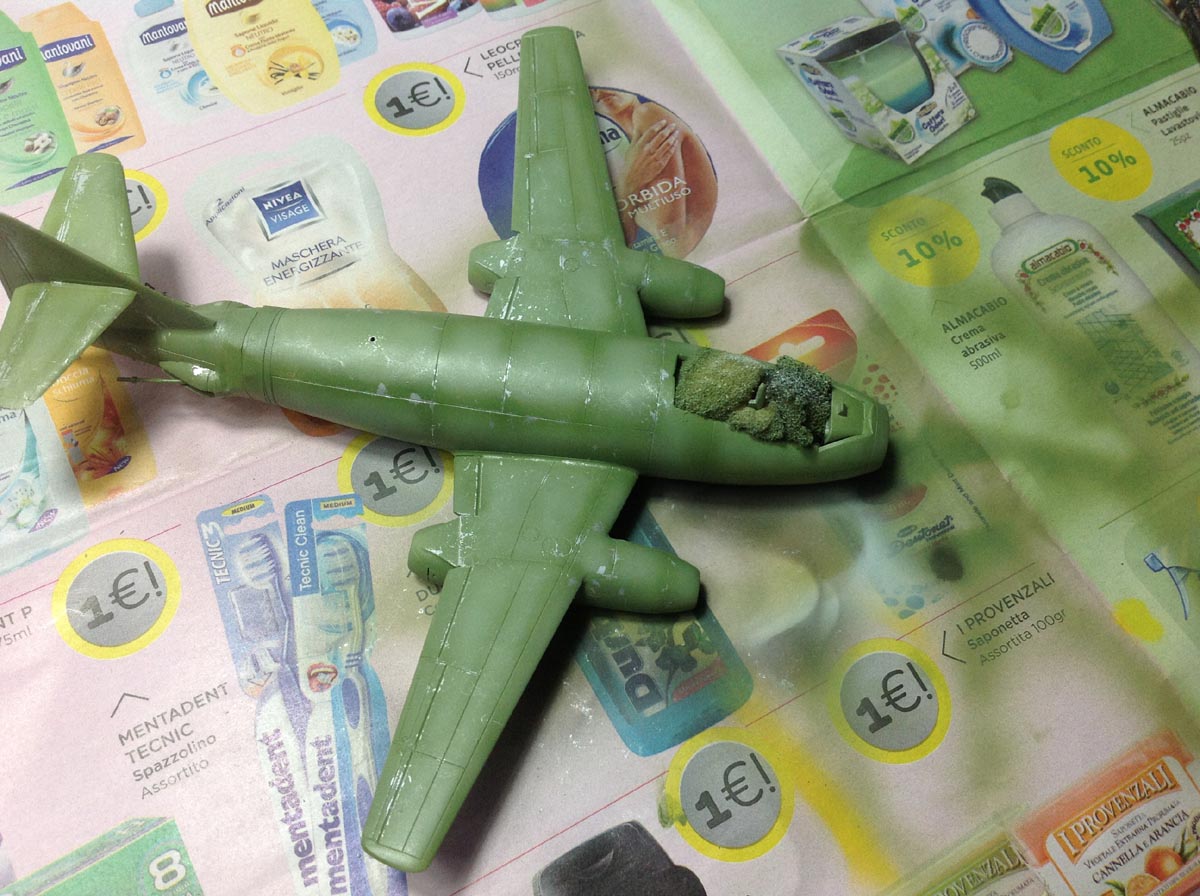 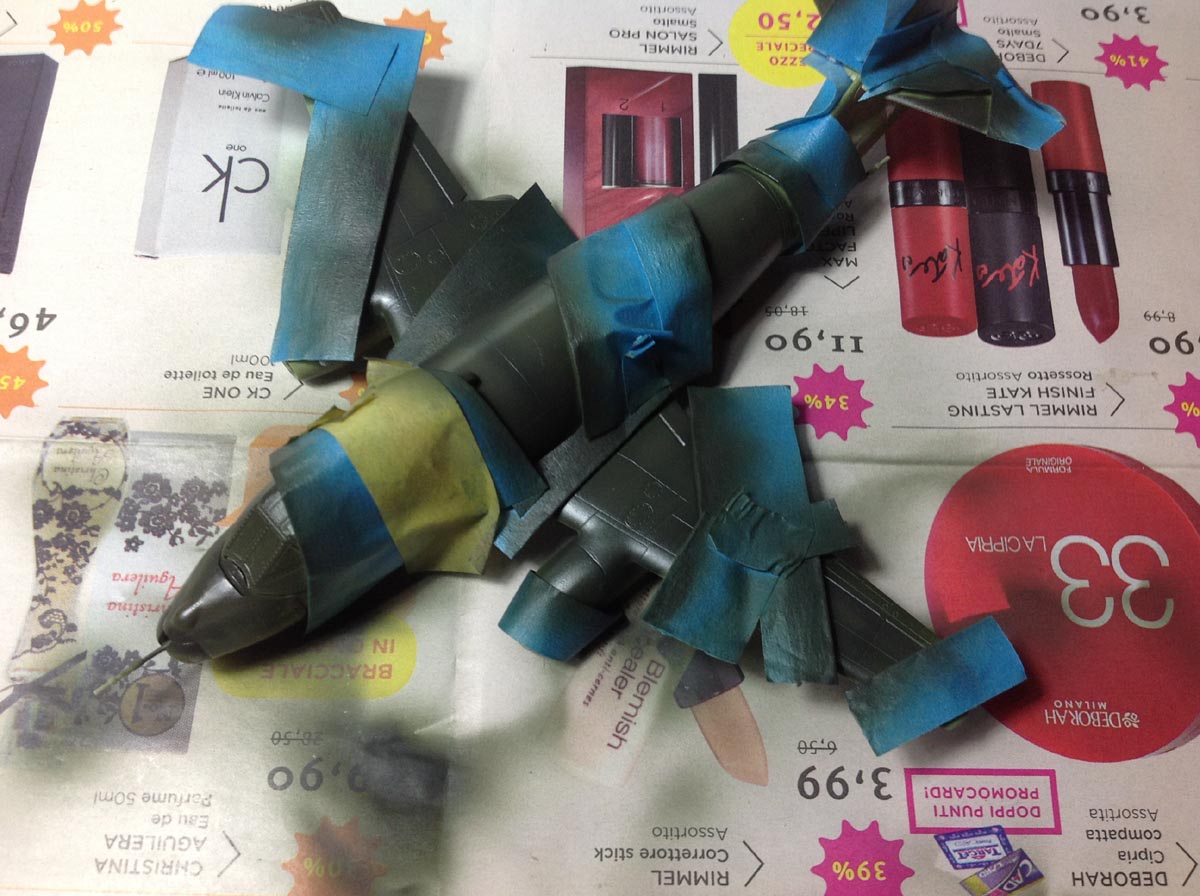 Masked and applied second color after having applied again hairspray. 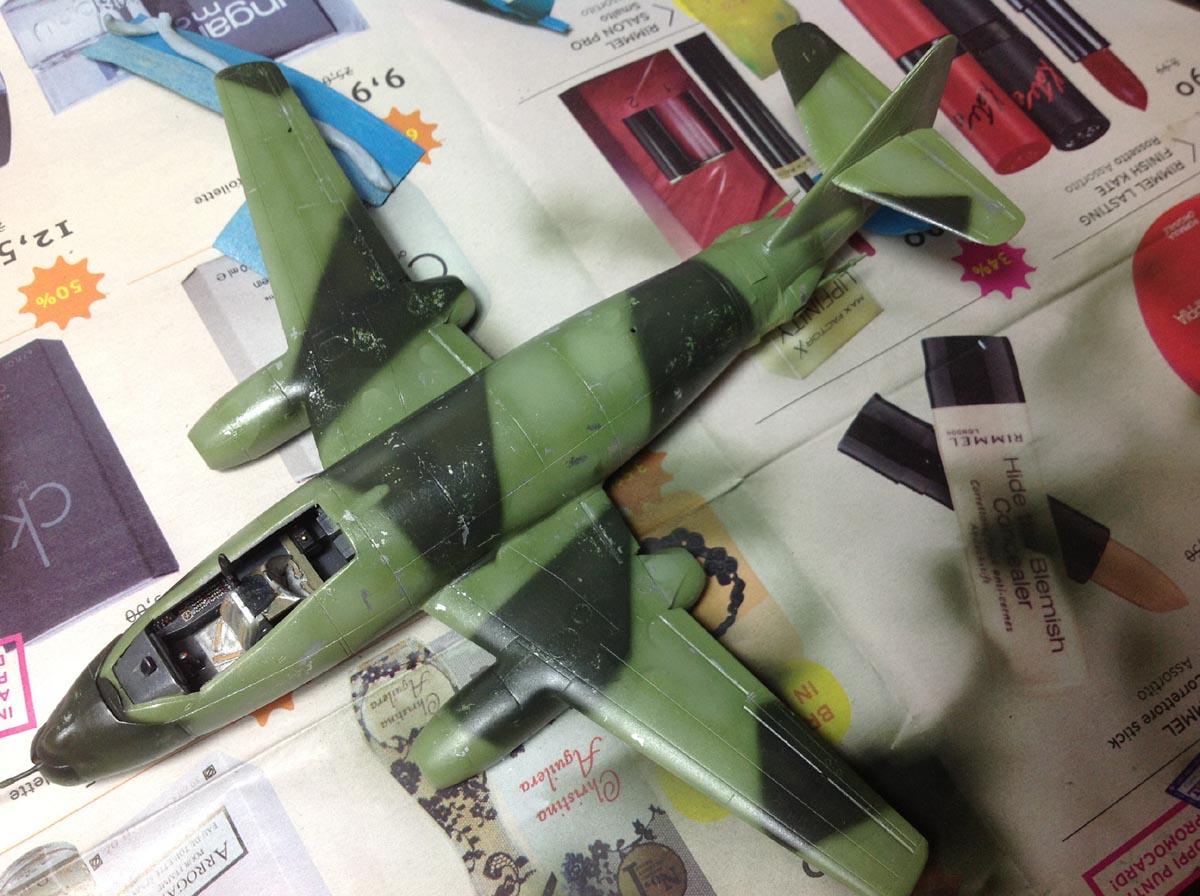 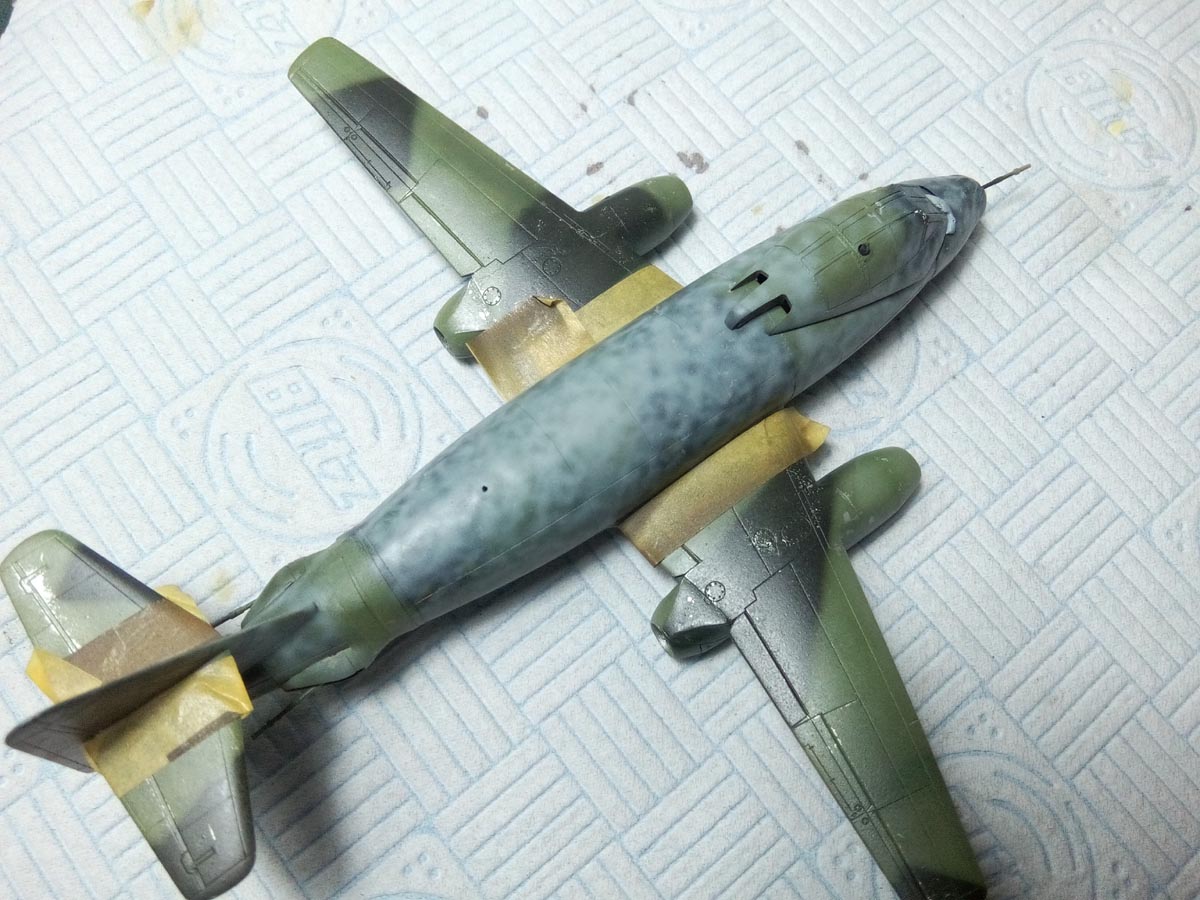 The mottling "under development" 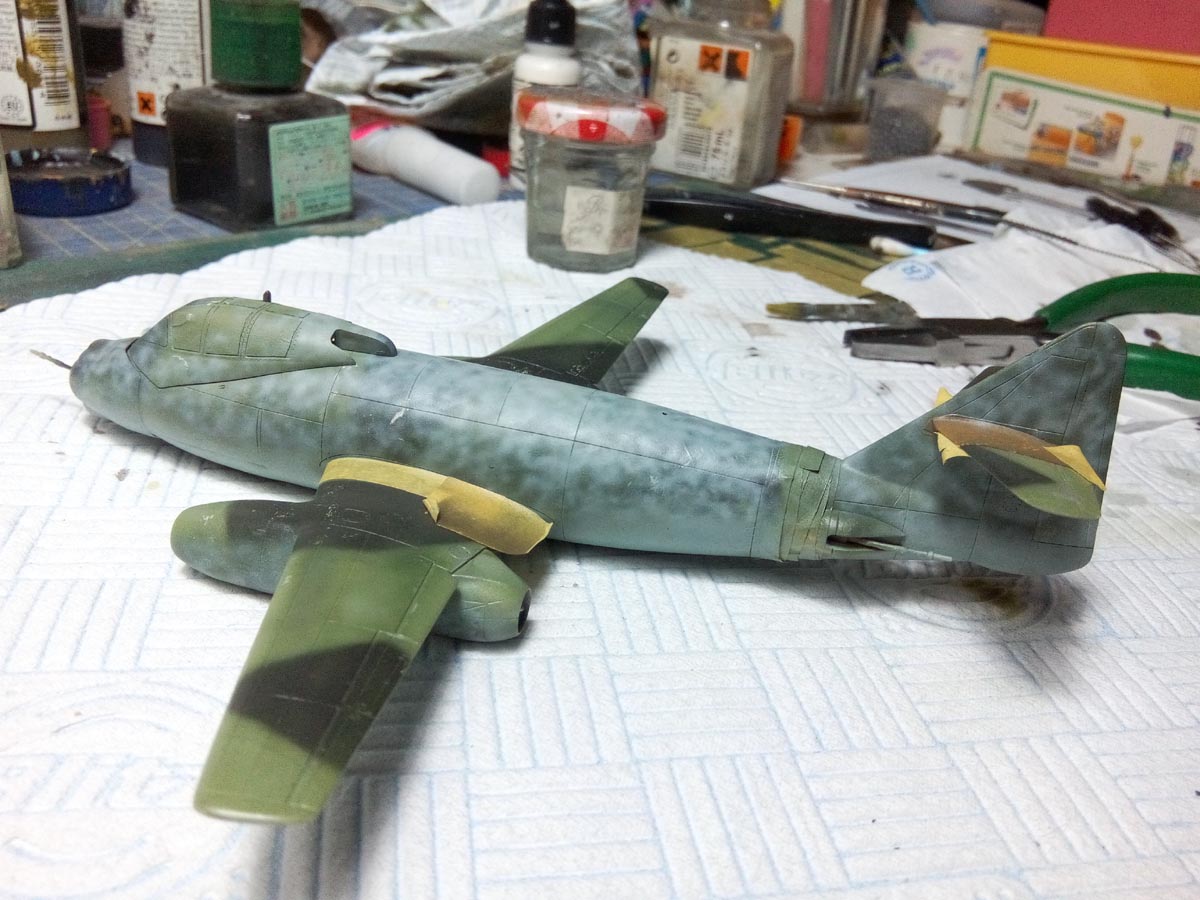 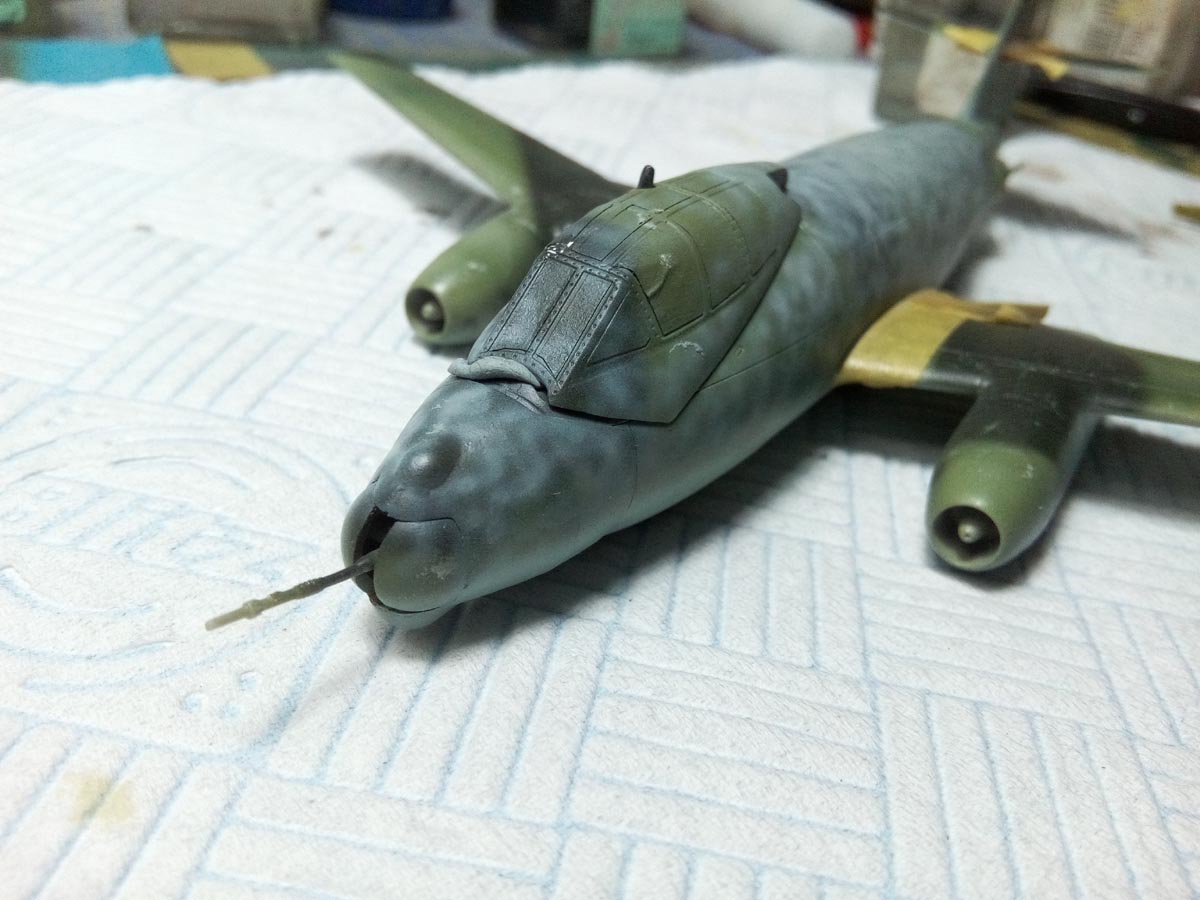 In the next image you see the post shading applied 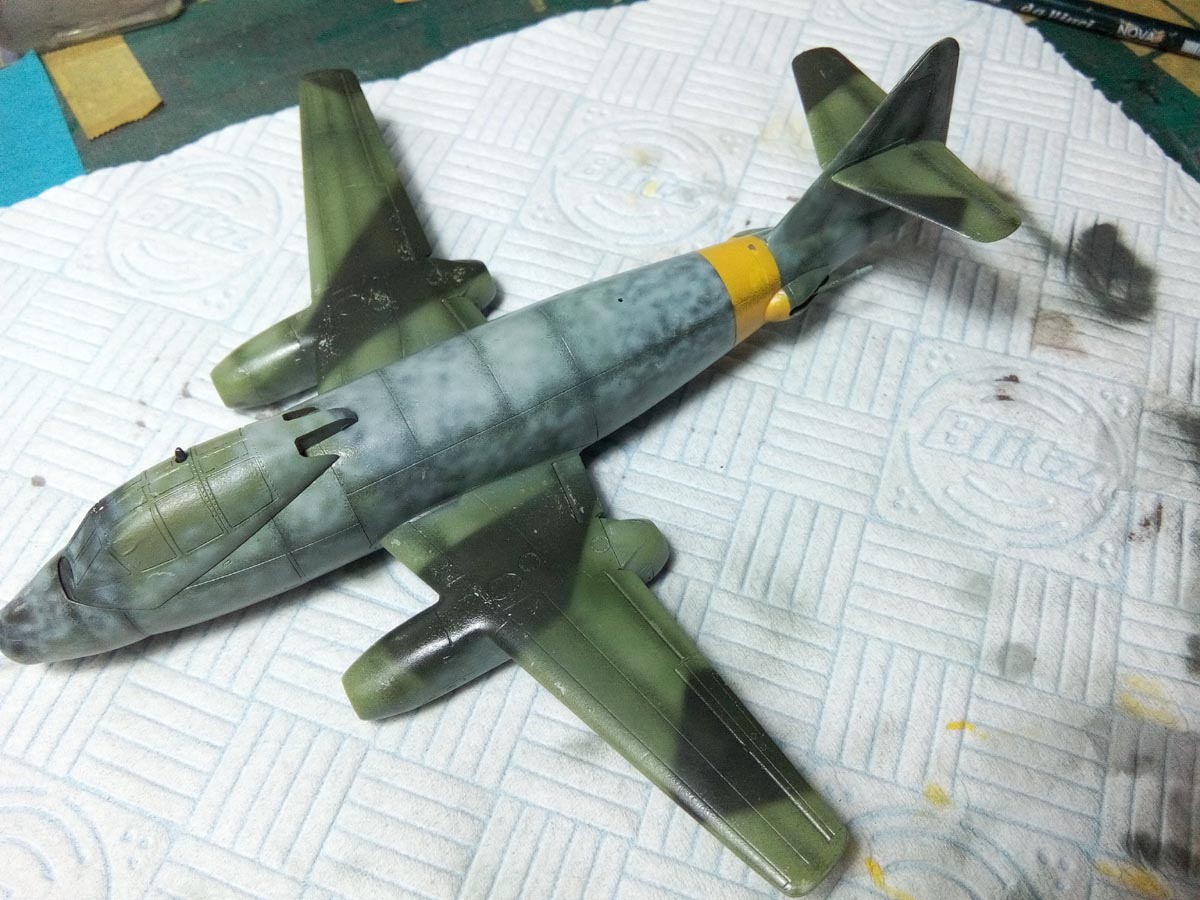 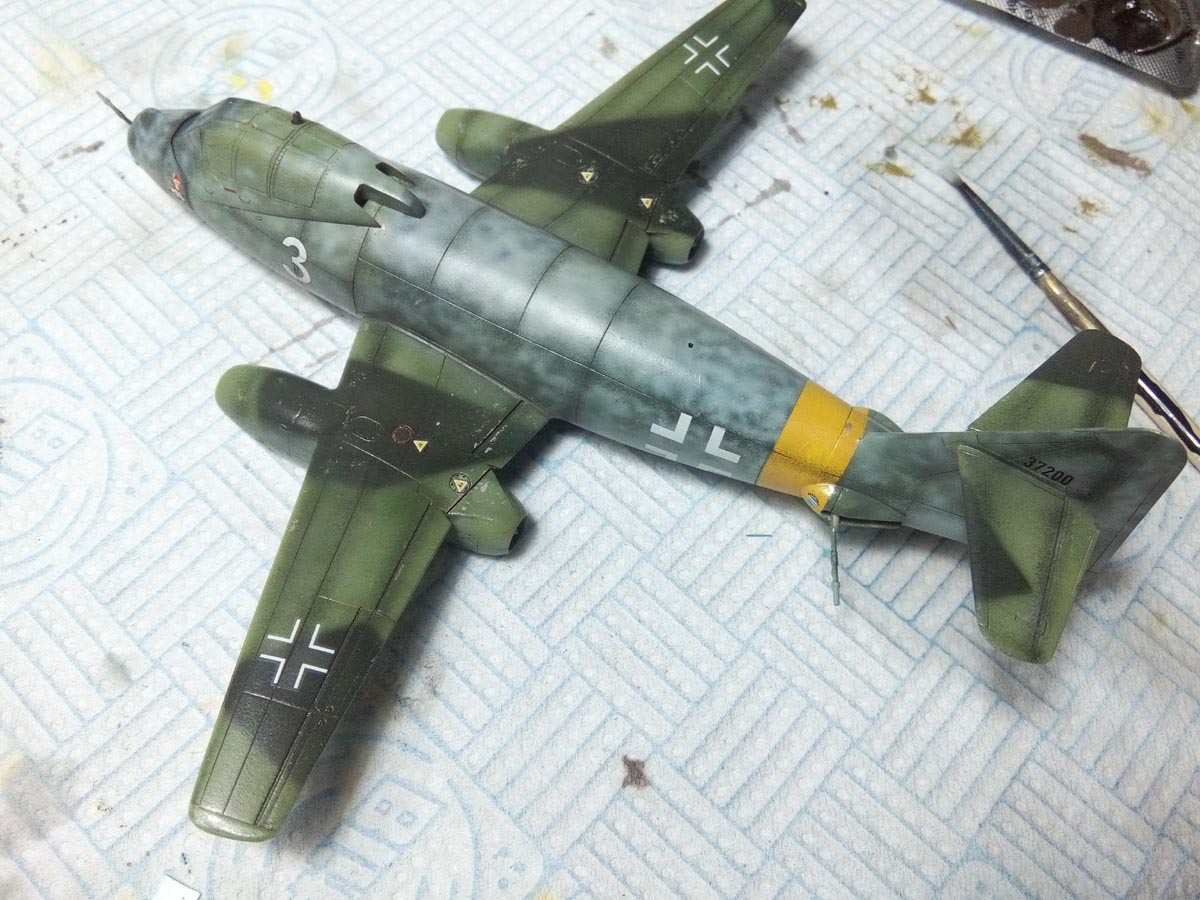 Masking for painting the jet engines 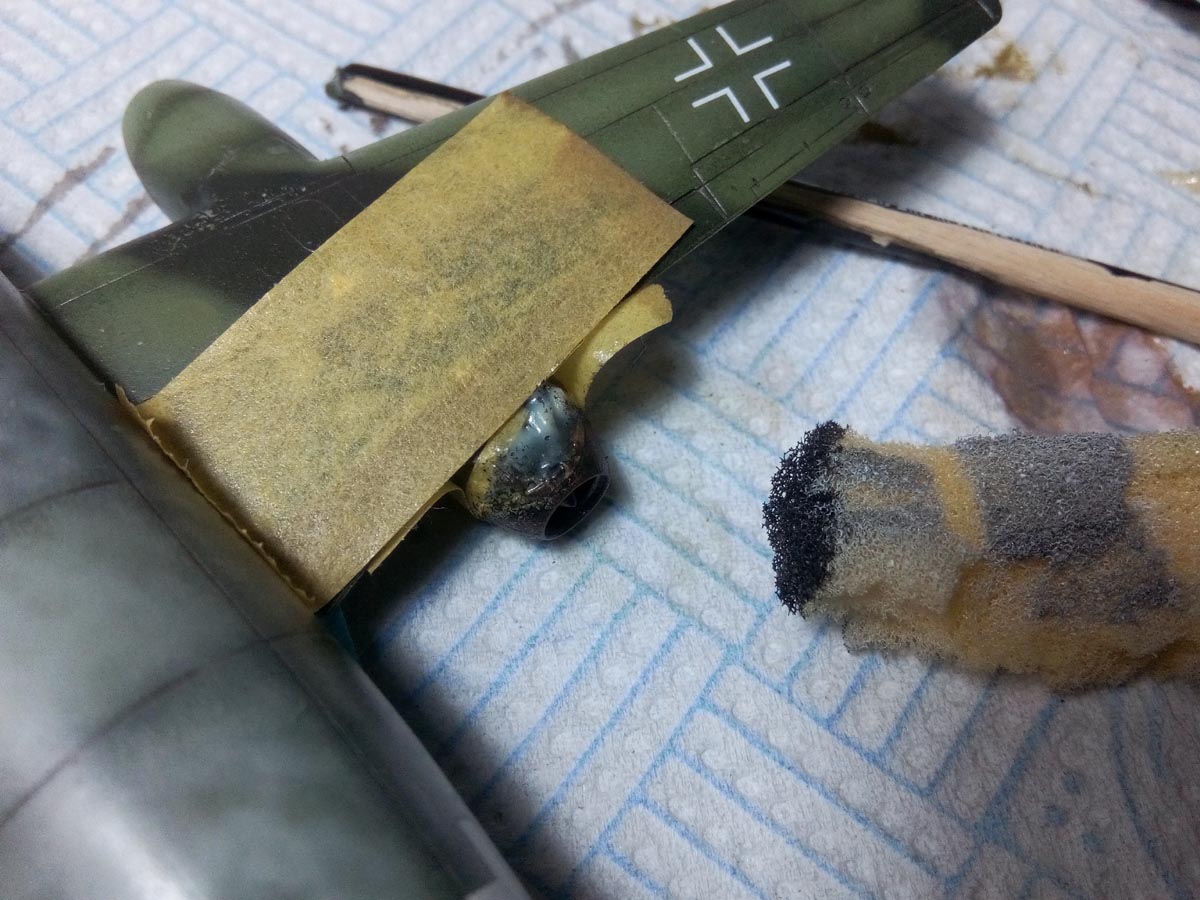 Detail of the final result 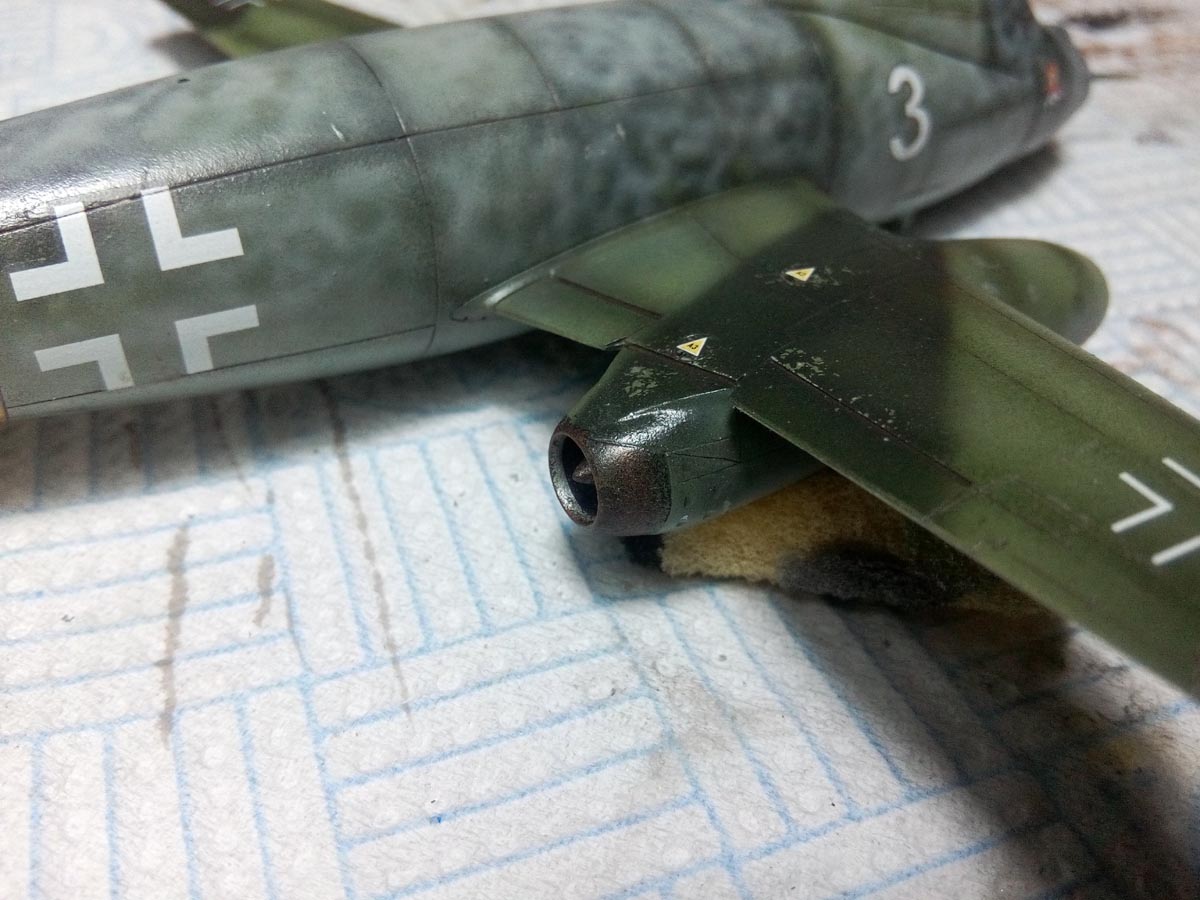 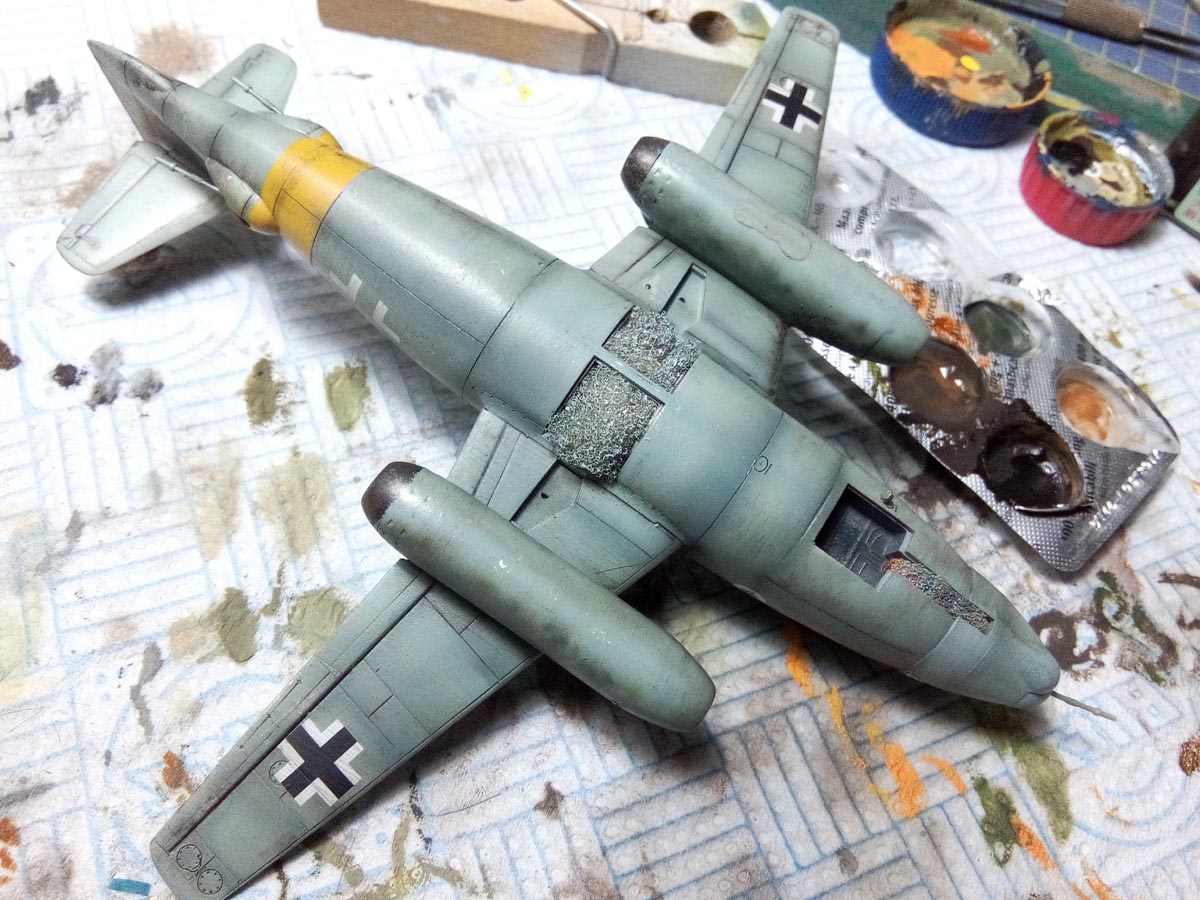 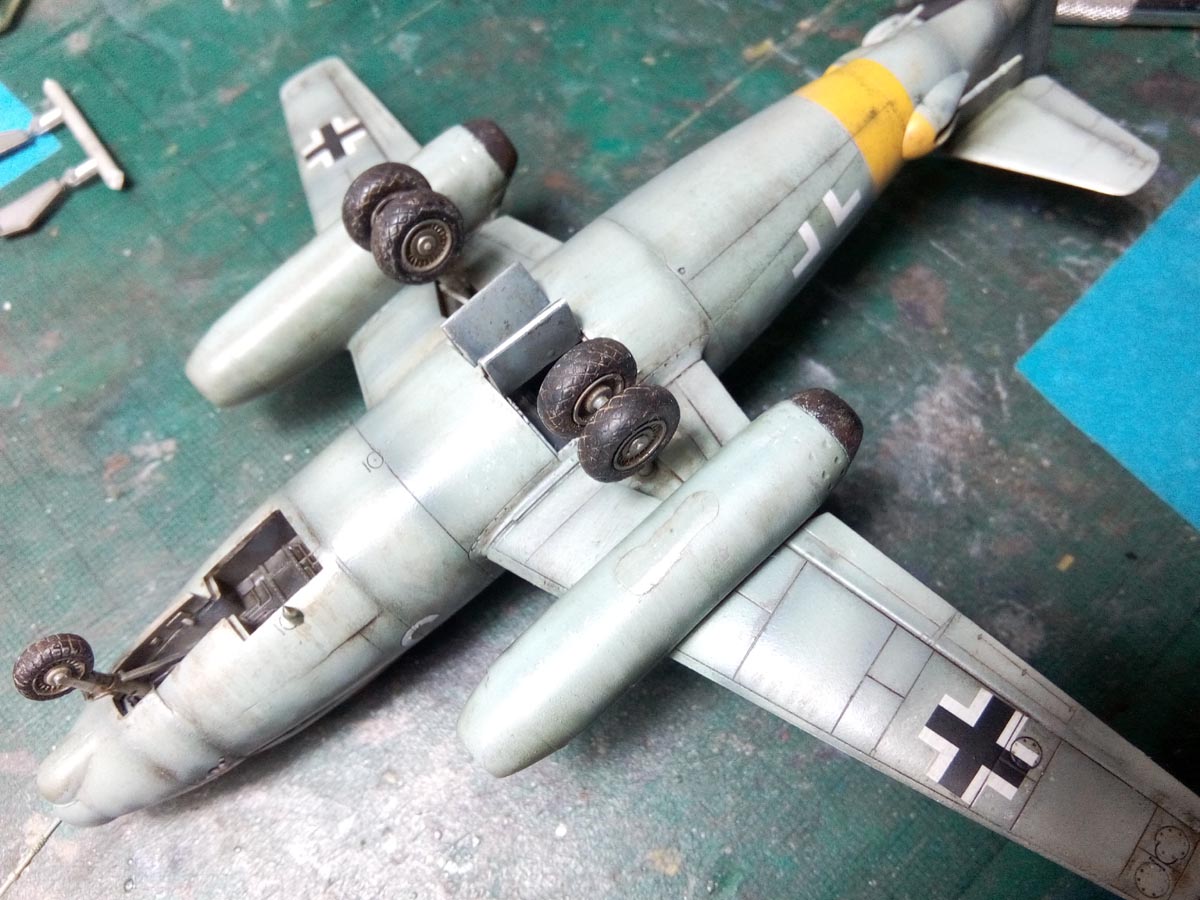 For more pictures of the finished model, visit the article Luftwaffe 1946 Diorama - 1-72scale