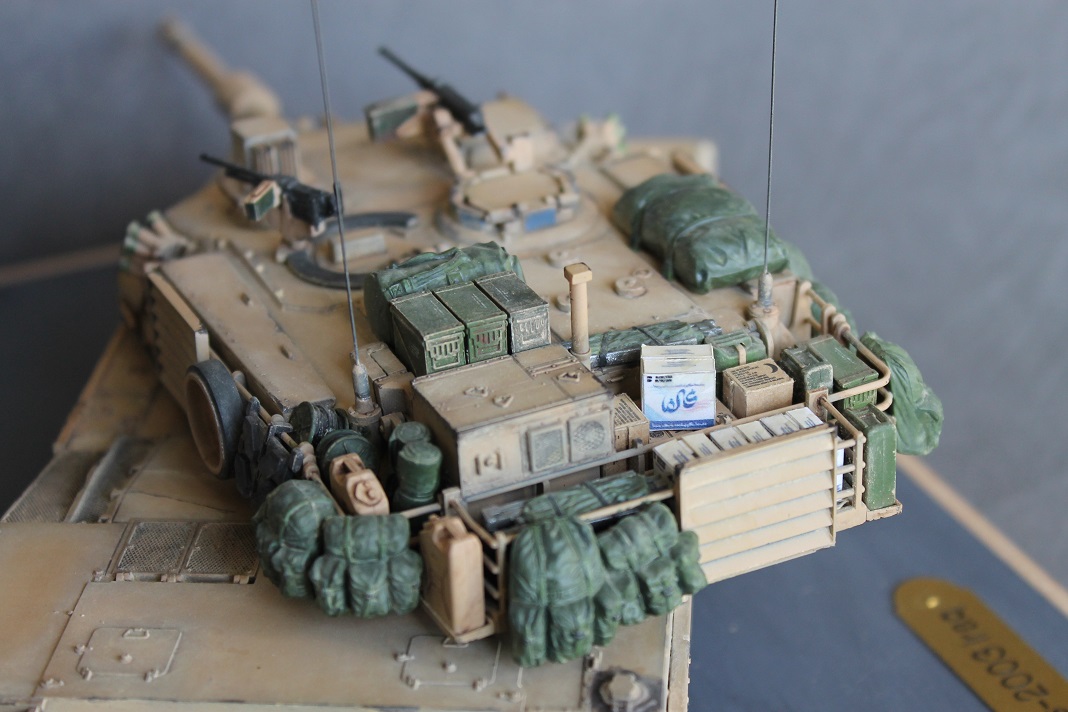 The M1 Abrams is produced by the United States and are the main battle tank of America. It is driven by a high power gas turbine engine running on JP8 jet fuel giving it 1.500 hp. This engine also makes the Abrams able to drive at 70 km/h. It also features composite armor and separate ammunition storage. The total weight is 62 t.

It was entered in 1980, replacing the M60. The M1 Abrams is also used by the armies of Egypt, Kuwait, Saudi Arabia, Australia and Iraq.

This is allmost an out-of-the-box build, I only bought a set with modern us military equpment (stowage). The cardboard boxes with food and water was found on the internet, ready to print and assemble. The techniques used for this model are: airbrush, preshade, postshade, scratching, filters, washes, pigments. 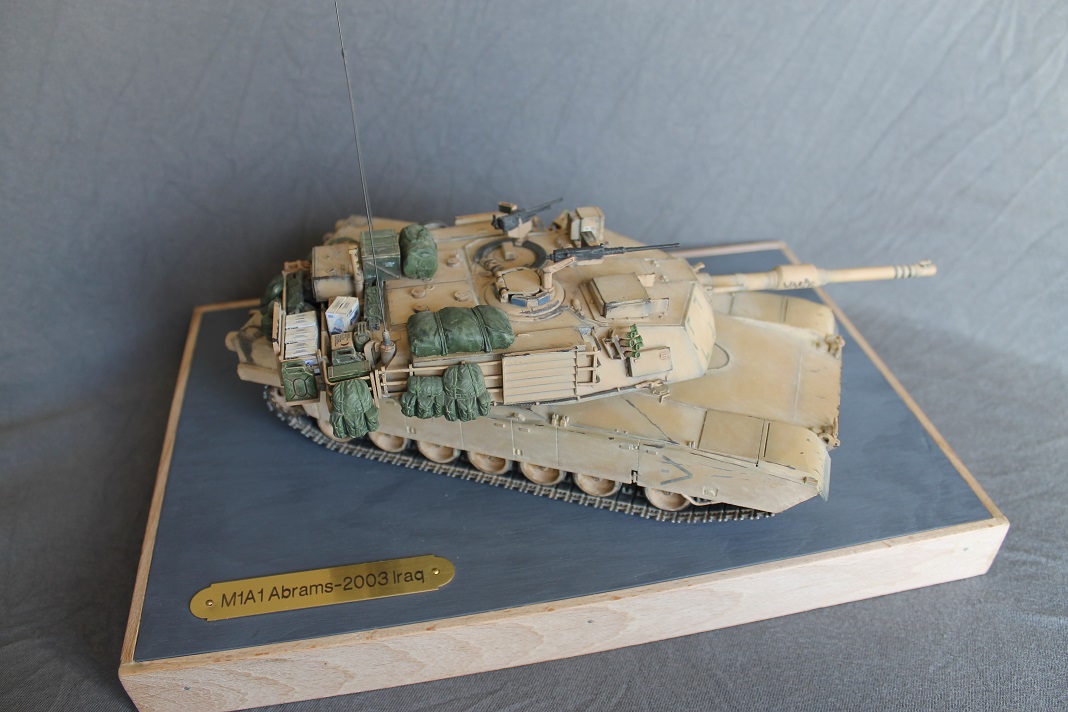 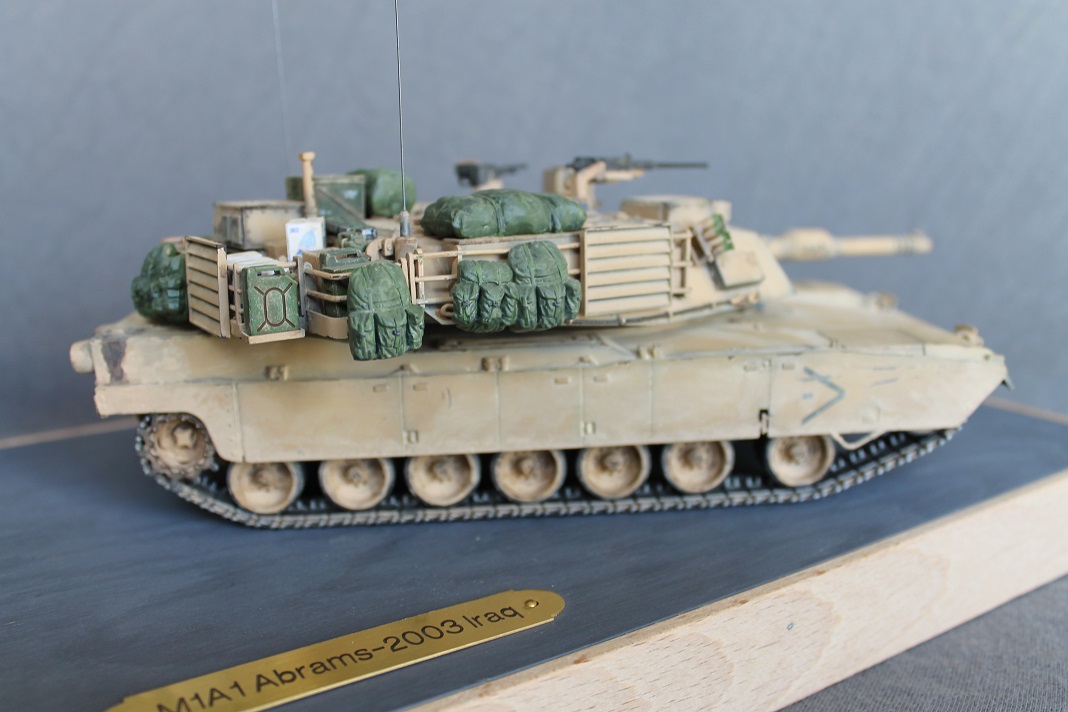 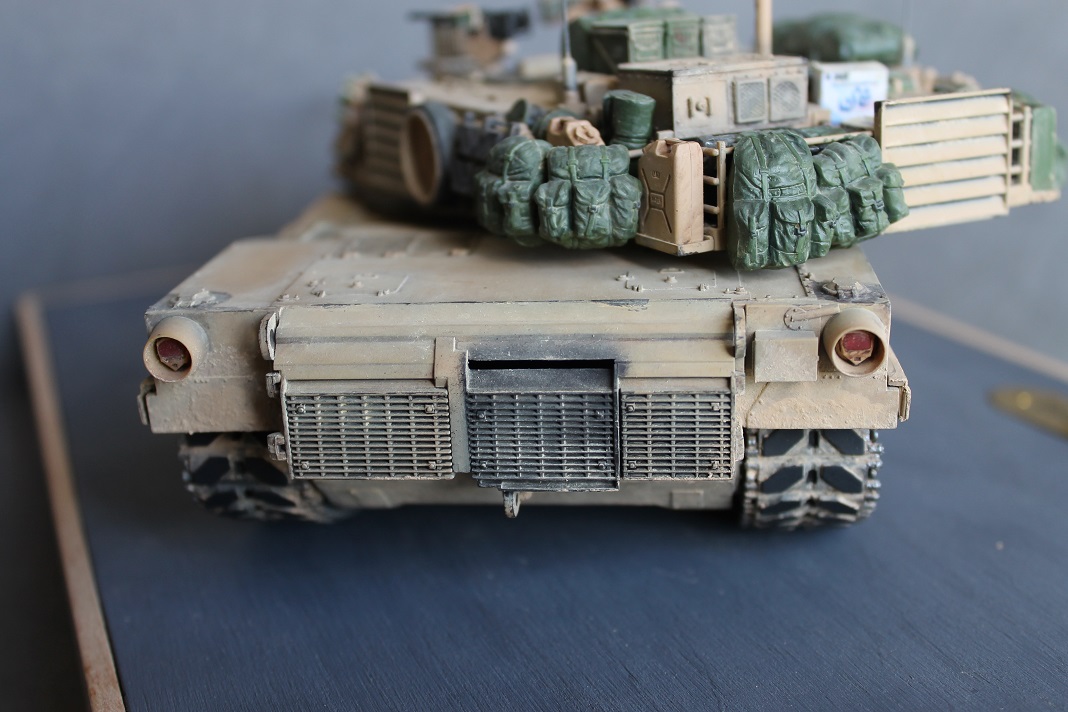 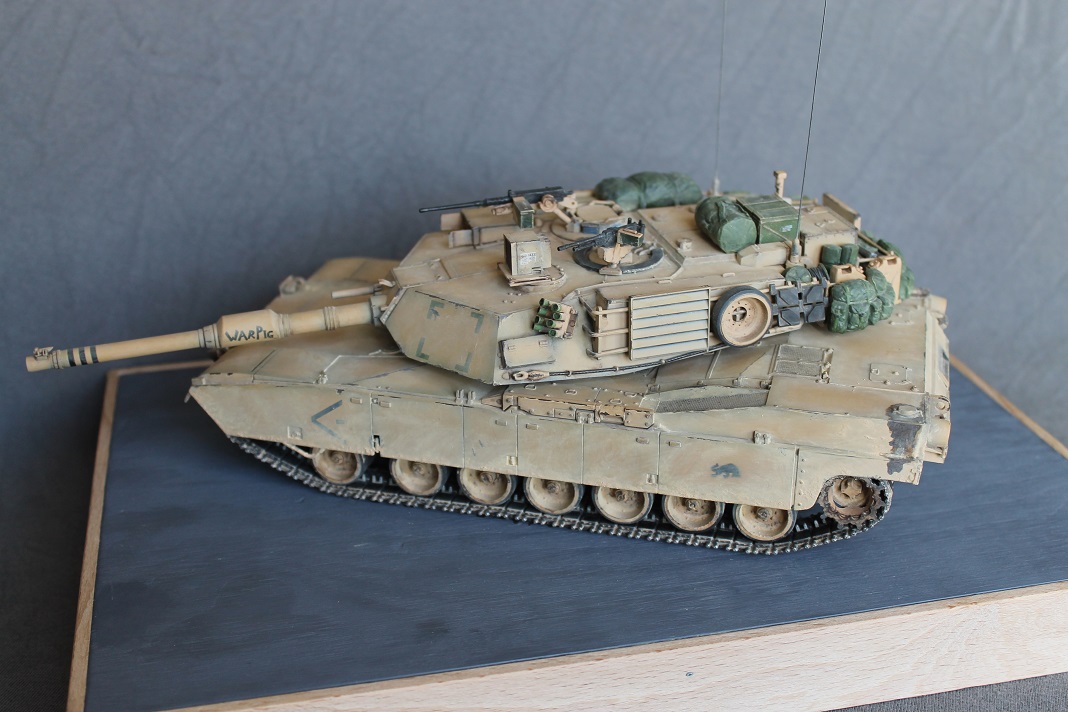 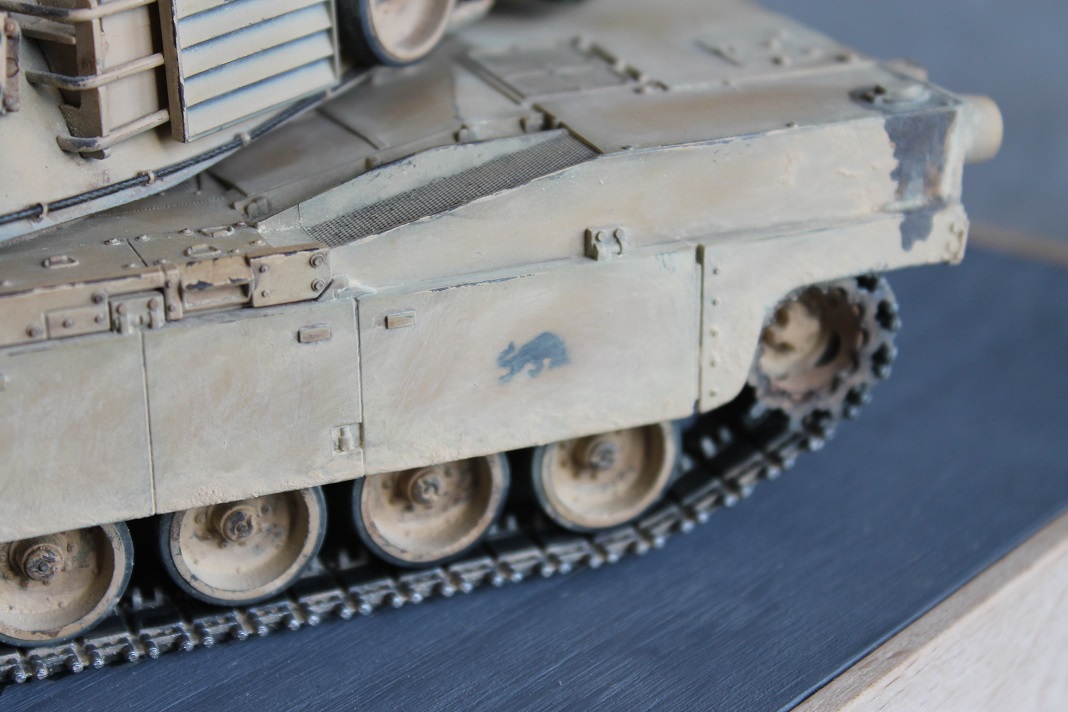 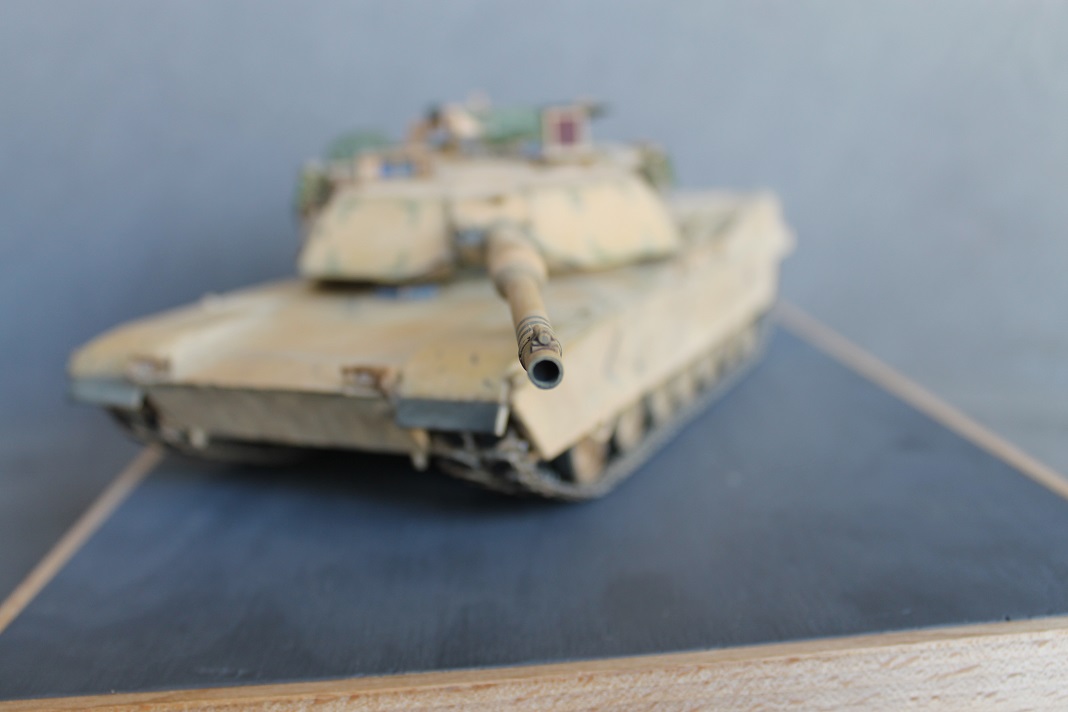 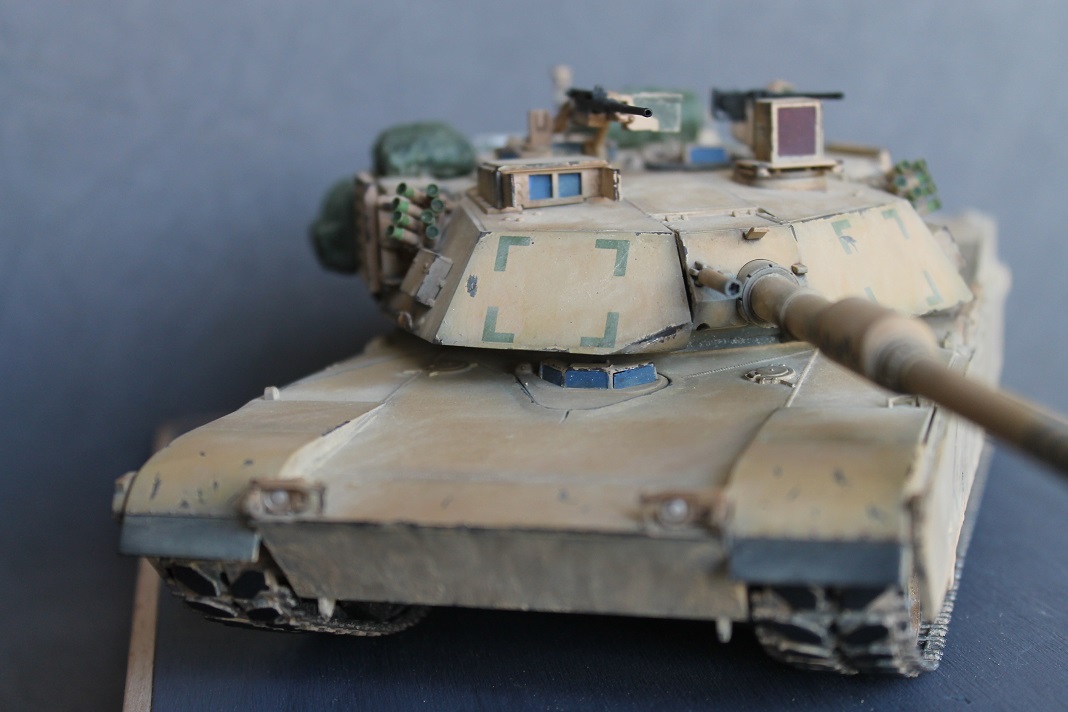 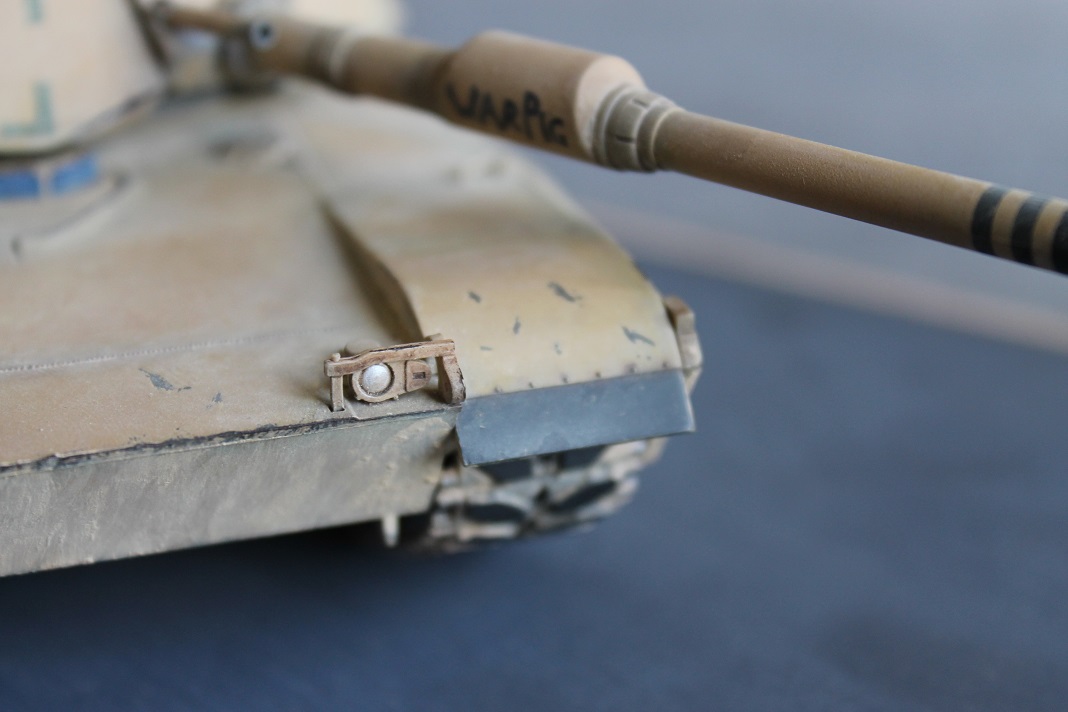 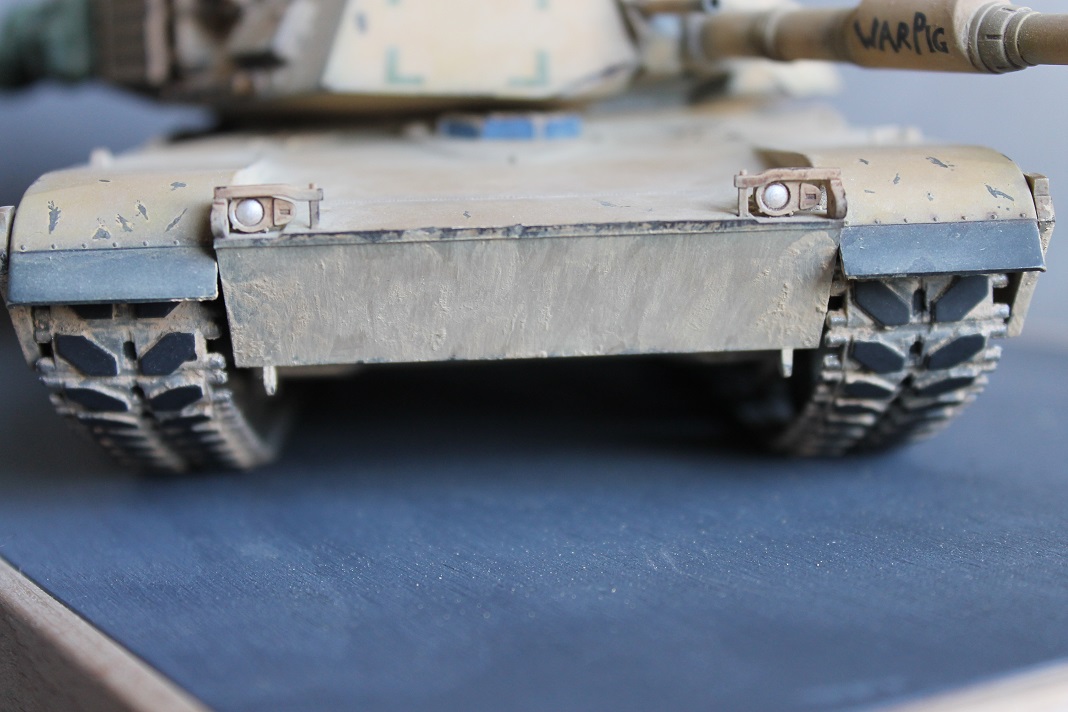 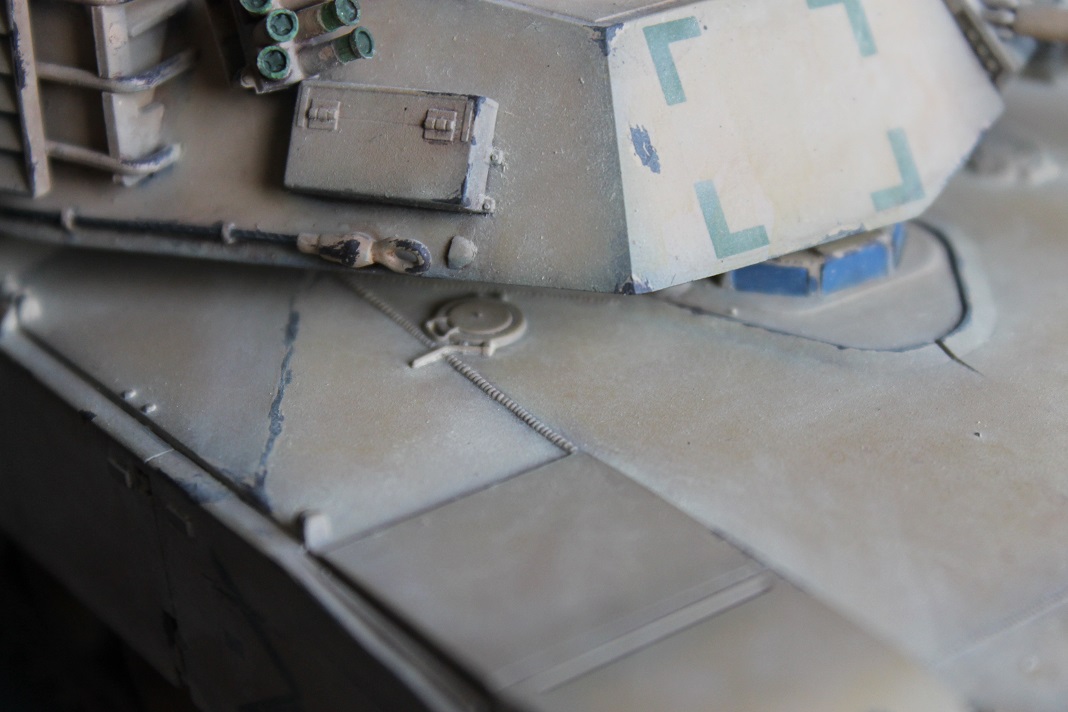 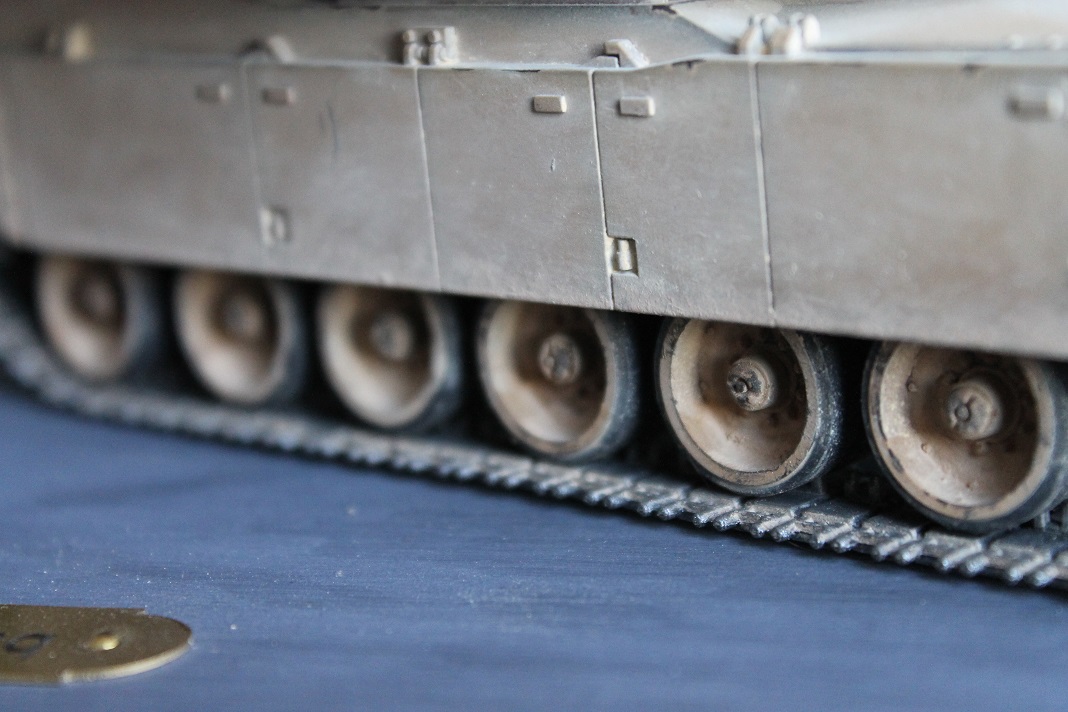 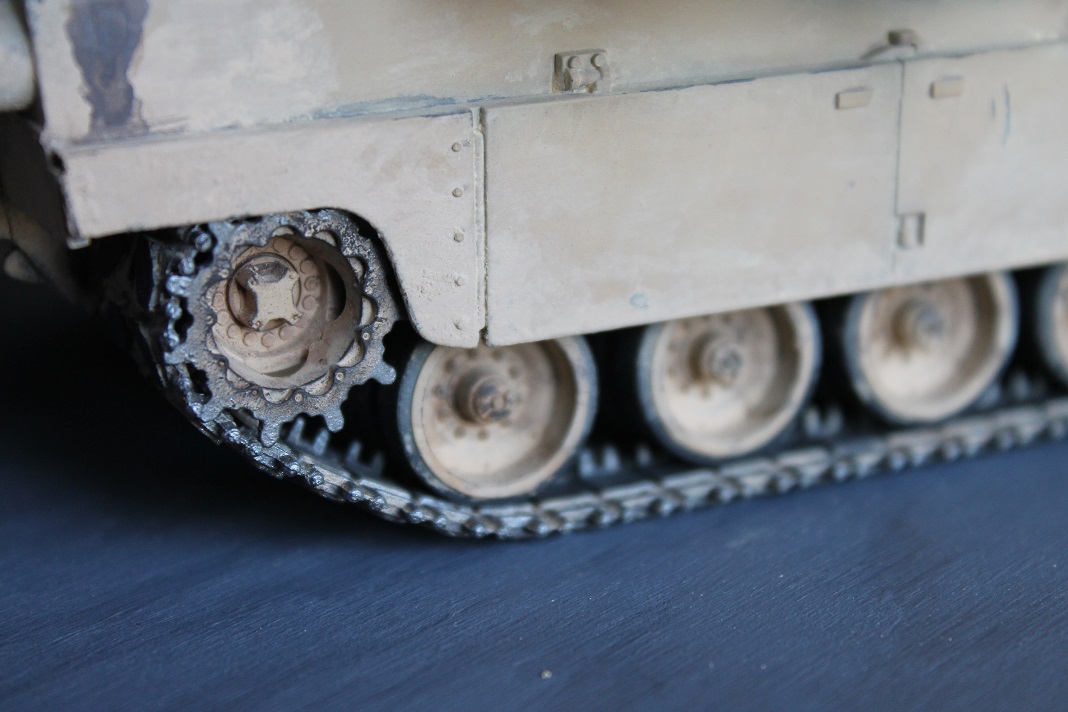 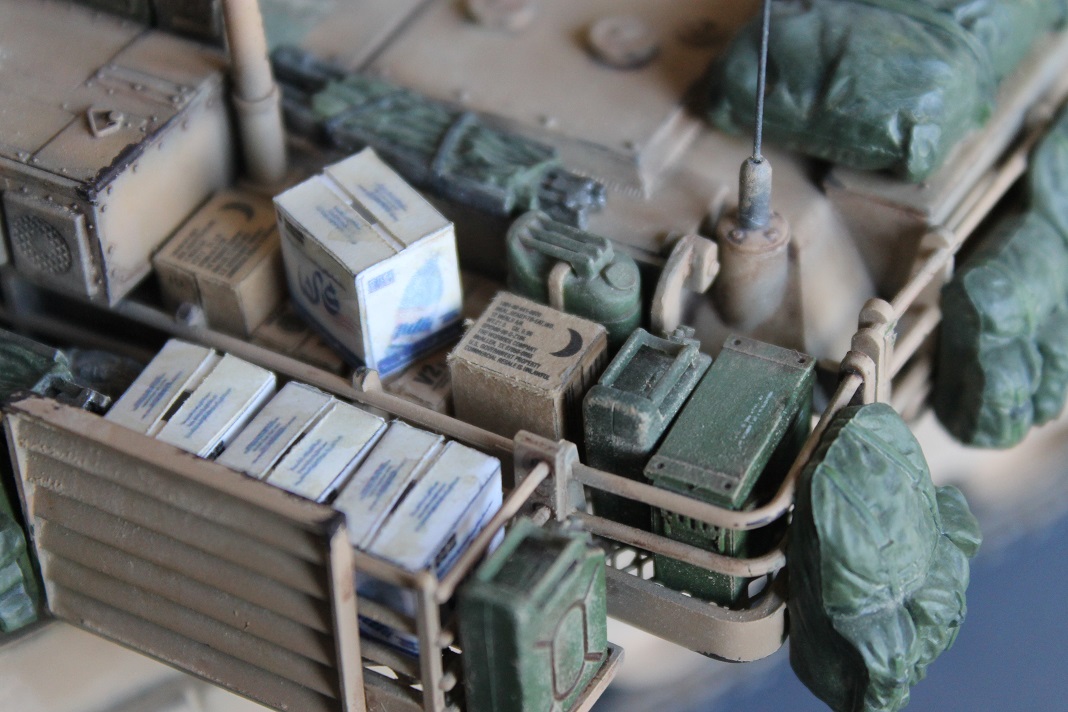 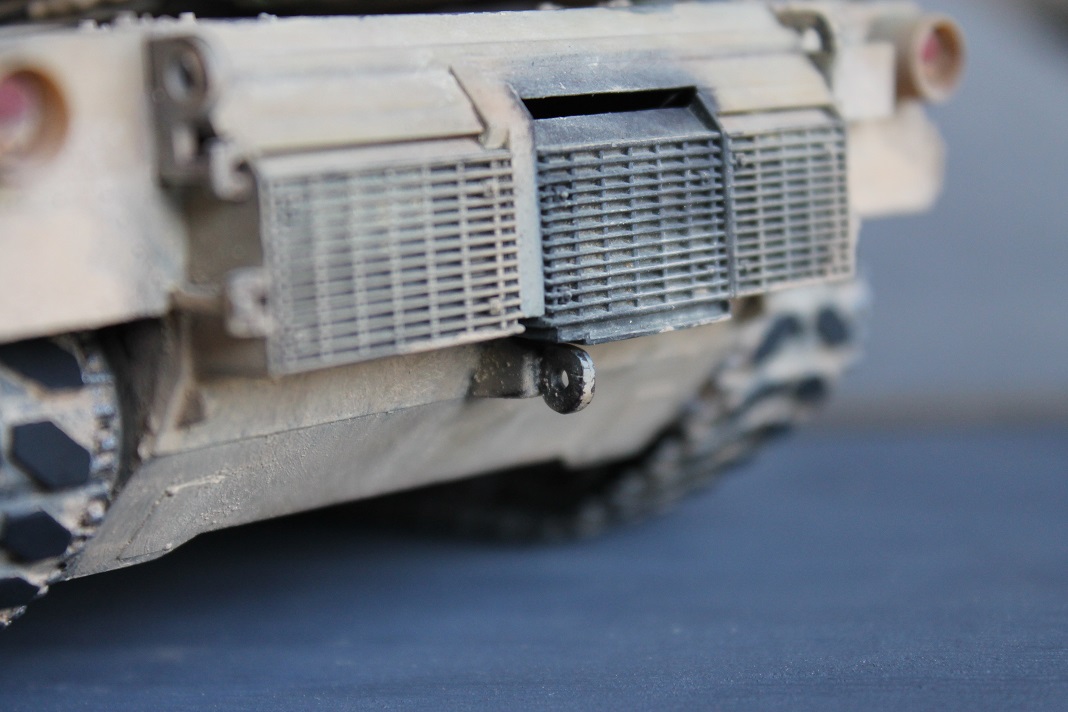 Wonderful Job, we are happy to host your article!

great job ... :)
great artwork ...
i mostly liked the finishing of the back lights and the ends of the iron line and the boxes.
really nice work.