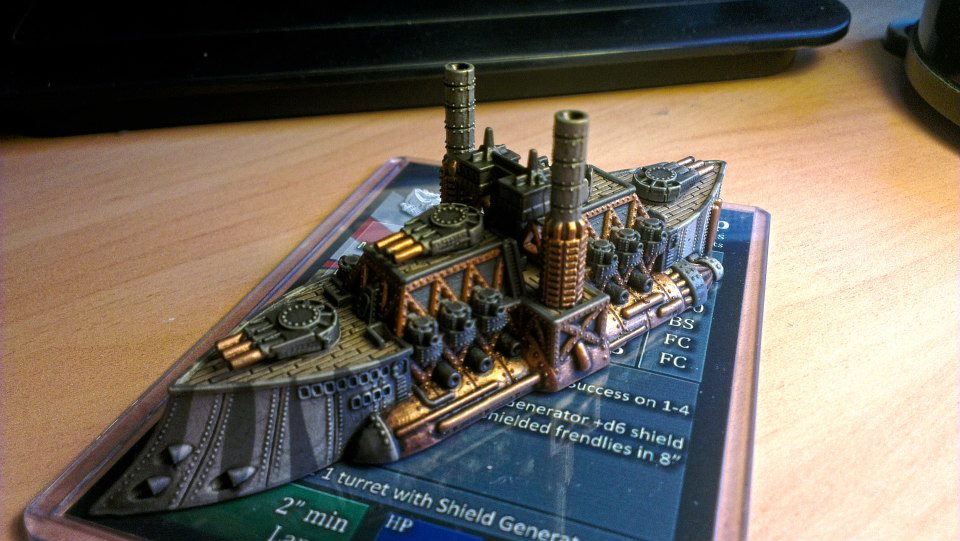 I discovered the Dystopian Wars tabletop RPG only last week after my mate persuaded me to go with him down to a new Wargames shop in my City. I haven't played any sort of Wargame for about 5 years since I used to play Games Workshop's Lord of the Rings and Warhammer 40k. Anyway as soon as I saw the Dystopian Wars miniatures I absolutely loved the Neo-Victorian, Steampunk style of it so I took a bit of my old LOTR stuff down to trade in and picked up this beasty of a vessel as my first dip into the game.

I decided to go with the Kingdom of Britannia, which is obviously Britain. There are 7 core nations to choose from, the rest being the Empire of the Blazing Sun (Japan), Federated States of America, Prussian Empire (Germany), Covenant of Antarctica (a faction of Scientists who got bored with everyone else and started their own Government), the Russian Coalition and the Republique of France. Each faction has their own distinct engineering and technology, but similar core units.

Anyway, this is a Ruler Class Battleship, recommended by the chap in the shop as a good starting point. The hull comes as one piece of cast resin, with the turrets, optional shield generator, and bridge/smokestacks cast separately in white metal. At just 105mm long from bow to stern, its absolutely beautifully detailed and was a joy to paint, despite its small size.

I began by working on the metal parts. There was only a small amount of swarf to clear off, and once that was cleaned I primed all the bits with Tamiya Sky Grey. The turrets and shield generator were then simply sprayed with modelmaster Gun Metal Metalizer, buffed, then the barrels painted with Vallejo Game Color Brass. The bridge was again sprayed with metalizer, then the brass and stainless steel on the smokestacks was painted by hand.

For the hull, I began by spraying the decks with Tamiya Dark Earth, followed by a light overspray of Buff. These were then masked up. The hull sides were first sprayed with Sky Grey, masked with some randomish stripes of tape then sprayed Dark Grey. The brass work was all painted by hand with Game Color Brass, and a few details such as the broadside guns were picked out with Gun Metal.

I then glued all the metal work in place with CA, and gave the whole model a wash with black mixed with Klear as inspired by Sean Tracy's beautiful M3 Stuart. It worked fantastically as a light shading wash and will definitely be using it again. Finally, the windows were picked out with blue and the Ship was finished off with a good coat of Xtracrylix Matt varnish. I'm super happy with the end result and I'm dying to get some more. It's a very cheap wargame compared to most, this came in at just over £7 with a 20% discount in their sale. I've got some more Warhammer 40k to trade in tomorrow so I'm hoping to pick up a few Corvettes or Destroyers. 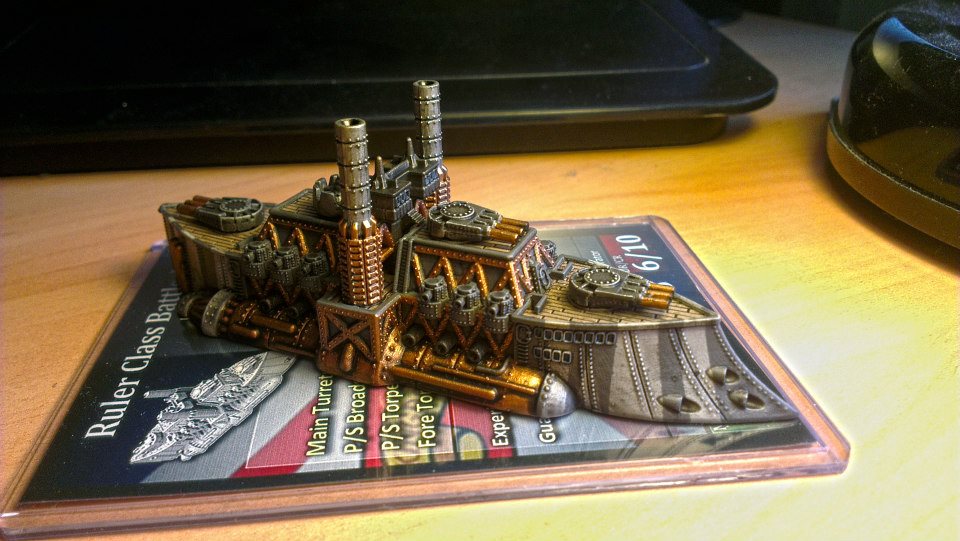 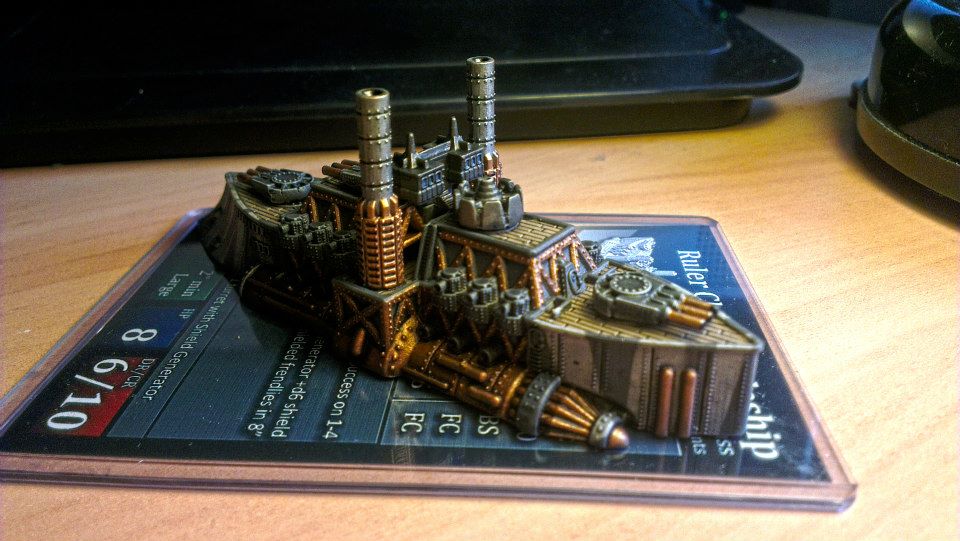