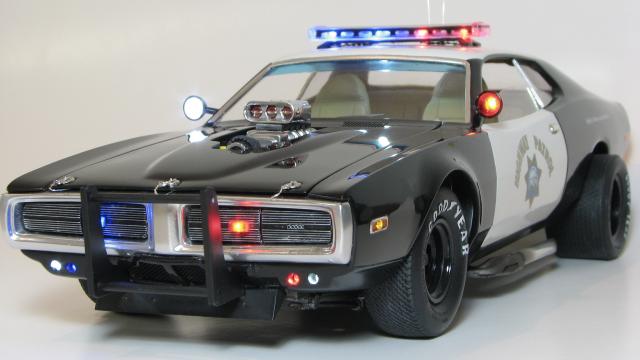 Model, text and images by DaveBeswitherick

I learned a lot about lighting and various other things throughout this particular build, and I definately needed all 4 months.
The kit was not nice to put together. The molds they are using are likely long past their prime however, the Doge Charger is one of my most favorite muscle cars from this era so it was hard to resist.

I love the scale!, for someone who really wanted to spend the time to turn this into a masterpiece the kit definately comes with all the options for that.
The engine is a model all by itself and lots of options within the interior. I would not recommend this kit to a novice builder as it would become an instant shelf queen, I really had to push myself through this one.

I used a light bar and decals from chimneyville. I used mostly chip style SMD LED's from EvanDesigns, this car also has a police siren installed from them as well. I built the circuit from parts gained from my local electronics store with advice from 555timercircuits. Everything is 9 volts.

This was a playful look at the fact that Police forces in North America are now using the new Dodge Charger, and thought it would be fun to throw an old school example into service.

I wanted to represent my local police service but was not able to come up with a viable decal option in this scale. I have chosen to decal the car in the sceme of the California Highway Patrol (CHP) because of the era it was a shout out to my favorite T.V. show of the 70"s "CHIPS". 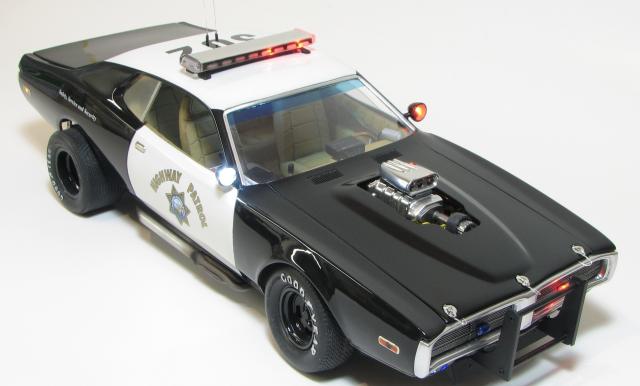 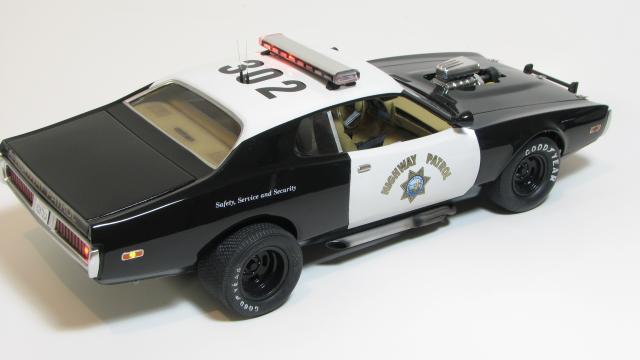 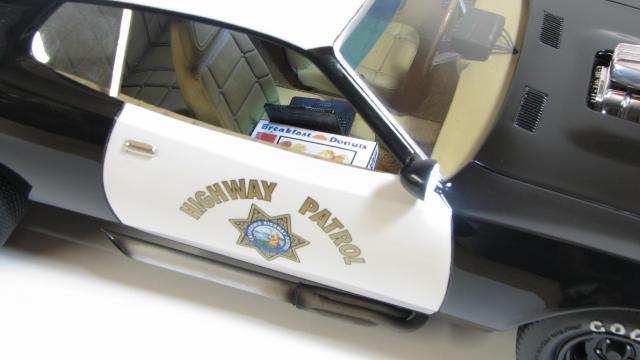 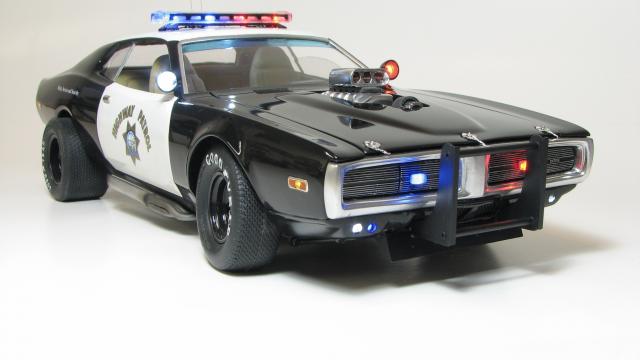 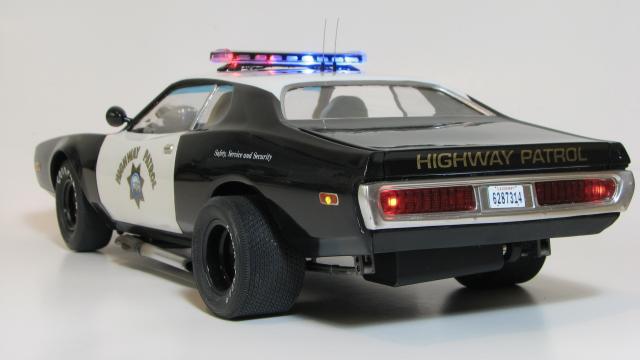